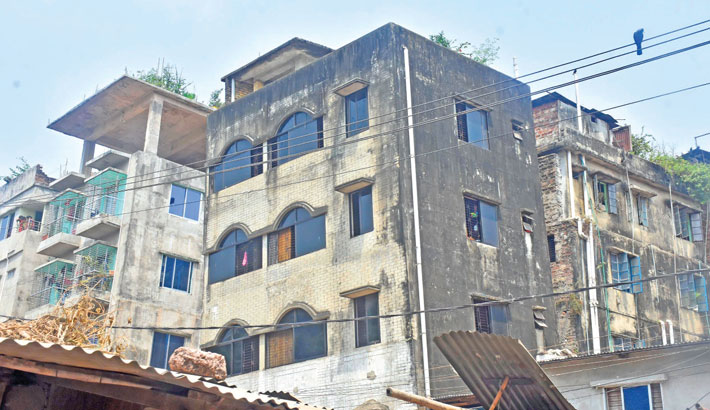 The building is owned by late Kartik Ghosh of Goalpara in the area. It tilted when stonemasons were repairing cracks on its pillar.

CMP Assistant Commissioner (AC-Kotwali) Noble Chakma said that they evacuated the residents from the risky building and adjacent houses, shops and shanties to avert any untoward incident.

The owners of the building decided to demolish it with the help of CDA and FSCD, said the AC.

of people and a notice was hung for drawing attention of the local dwellers, he added.

The neighbours said after death of owner Kartik, his six sons and daughters are living in the building built in 1995.

“Steps have already been taken to demolish the building as soon as possible,” he said.

CDA officials said that the building was built defying CDA rules while it also had no structural design from any engineer.

However, the owners claimed that they took permission from the CDA before construction.

But, the rules were updated cancelling the previous one. The owners started the construction works after replacement of the rules, he added.