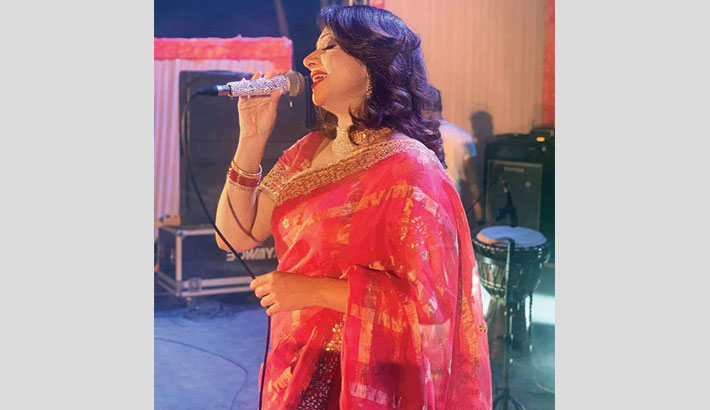 Popular singer Ankhi Alamgir’s new song titled ‘Tomari Karone’ has been released on a YouTube channel on the occasion of Valentine’s Day.

The lyrics penned down by Anurup Aich, Fabir Taz Tanmoy and Shahriar Rafat have tuned and arranged the music of the song respectively.

The music video of the song has also been released on the YouTube channel of SS Music Club on February 16. The launching ceremony was held at a restaurant in the capital’s Gulshan area.

Asif Imrose and Ariana will be seen as models in the music video.

Talking about the song, Ankhi Alamgir said, “The lyrics and tune of the song are amazing.  The lyrics fascinated me while I was giving voice to the song. I hope the audience will also enjoy the song very much.”

Ankhi Alamgir is a Bangladeshi singer and actor. She won the Bangladesh National Film Award for Best Child Artiste for her performance in the film Bhat De (1984) and Best Female Playback Singer for the film Ekti Cinemar Golpo (2018).

Her first album was launched in 1997 and the second one, titled Bisher