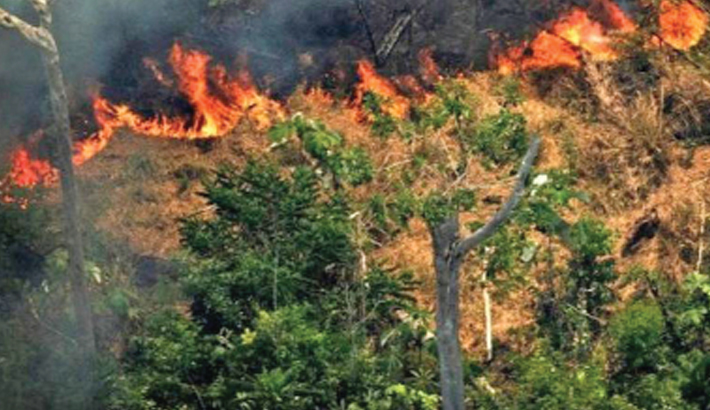 Deforestation of Brazil’s Amazon rainforest increased by 29.5 percent in 12 months, the highest rate since 2008, the country’s space agency reports.

The rainforest lost 9,762 sq km (3,769 sq miles) of its vegetation between August 2018 and July 2019, Inpe says. Far-right President Jair Bolsonaro has in the past questioned the accuracy of data provided by Inpe.

Scientists say the Amazon has suffered losses at an accelerated rate since Bolsonaro took office in January. They say the president favours development over conservation.

Bolsonaro - who in July dismissed a similar Inpe report as flawed - has not commented on the latest data.

As the largest rainforest in the world, the Amazon is a vital carbon store that slows down the pace of global warming.

Over the past decade, previous governments in Brazil had managed to reduce deforestation with concerted action by federal agencies and a system of fines.

But Bolsonaro and his ministers have criticised the penalties and overseen a dramatic fall in confiscations of timber and convictions for environmental crimes.