A Man in Forty Million Bengalis

(On the 200th birth anniversary of Ishwar Chandra Vidyasagar) 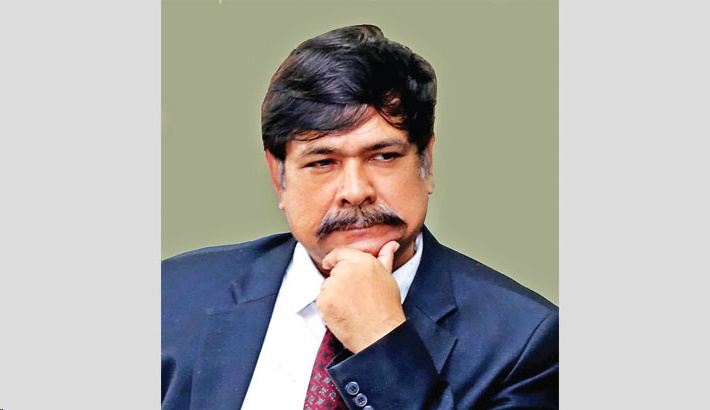 “One wonders how God, in the process of producing forty million Bengalis, produced a man!” – This is how Tagore paid tribute to Vidyasagar shortly after his death. It was really a fitting tribute to a worthy man, by a worthy man on worthy grounds! A great compliment from Kabiguru, the Master-poet to ‘Vidyasagar’, the Ocean of knowledge! It precisely captures the true stature of Vidyasagar. If ‘one in a million’, means a person or a thing of very special kind, then ‘a man in forty million Bengalis’ would surely represent somebody much too special. And Rabindranath wanted to ascribe far greater importance to Vidyasagar through his unique tribute. It sounds hyperbolic but, given the context, it is pardonable. As a matter of fact, Tagore had great admiration for Vidyasagar and quite rightly expressed his feeling for him.

However, I don’t know if Rabindranath really wanted to make any differentiation between Bengalis and human beings, but I know for sure that he was not very happy with what the Bengalis in general were given to doing and how they were getting on with him over the years. In a poem called ‘Mother Bengal’, he expressed his bitter disappointment for Bengalis, “Seven crore children, O’ bewitched mother / you have kept ‘em alive as Bengalis, but haven’t brought ‘em up as human beings”.

Rabindranath sometimes found Bengali people boring. He was sick and tired of their nagging obsession with old customs and aversion to turning over a new leaf. He wanted to get rid of this. In one of his Shelidah letters, he wrote, “I feel I want to quit this constant ageing of mind and body, with incessant argument and nicety concerning ancient decaying things, and to feel the joy of a free and vigorous life; to have, ⎯ be they good or bad, ⎯ broad, unhesitating, unfettered ideas and aspirations, free from everlasting friction between custom and sense, sense and desire, desire and action” (Glimpses of Bengal).

Rabindranath was well aware of how to transcend the limitations of the Bengali life psychically and psychologically, but he himself, perhaps, could not opt for it. The perennial conflict between what he thought he should do as a human being and what he had to do as a traditional Hindu Bengali wreaked havoc on his psyche. And to strike a balance between these two, he had to fall back on numerous compromises which amounted to his psychological death. And this prompted Nirad C. Chaudhuri to dub Tagore as ‘Atmoghati Rabindranath’ (Suicidal Rabindranath). And because of these typical Bengali cultural characteristics, Chaudhuri branded Bengalis too as ‘Atmoghati Bengali’ (Suicidal Bengali). However, Vidyasagar was neither a ‘Suicidal Bengali’ nor a ‘Suicidal Vidyasagar’. His position was the polar opposite of Tagore’s. Though he was born about four decades before Tagore, his contemporary Bengali poet, another progenitor of Bengali modernism, Michael Madhusudan Dutt considered him to be much ahead of his time.

Unlike Tagore, Vidyasagar was always tough and uncompromising-- who refused to conform to ‘old cultures’ and ‘ancient decaying things’ and quitted the ‘constant ageing of mind and body’. He did all what Tagore could not. He was Tagore’s hero. He also was critical of Indian people’s retrogressive attitudes and reluctance to change their mindset. In a letter to the secretary of education council of India written on 7 September 1853, Vidyasagar wrote, "It appears to me to be a hopeless task to conciliate the learned folk of India to the acceptance of the advanced sciences of Europe. They are a body of men whose long-standing prejudices are unshakeable. Any idea when brought to their notice, either in the form of a new truth or in the form of expansion of known truths, they will not accept. It is but natural that they will obstinately adhere to their old prejudices.” Vidyasagar was the very antithesis of ‘the learned folk of India’ and their ‘long-standing prejudices’.

How an orthodox high-caste Brahman and Sanskrit pandit, wearing a dhoti at knee height and having a traditional tuft of hair on his half-bald head, grows into a modern liberal reformer is best epitomised by Vidyasagar. He hated fundamentalism, orthodoxy, superstition and fanaticism and was exposed to the western Enlightenment ideals-- secularism, agnosticism, rationalism and logical positivism. The most striking aspects of his character were his indomitable passion for pursuit and dissemination of knowledge, unswerving reforming zeal and secular and materialistic humanism. But that does not necessarily mean that he renounced his traditional values.  Michael Madhusudan Dutt described him best as ‘a person with the genius and wisdom of an ancient sage, the energy of an Englishman and the heart of a Bengali mother’.

Ishwar Chandra Bandyopadhyay was given the appellation ‘Vidyasagar’ at Sanskrit College, Calcutta (now Kolkata), and deservedly so for his insatiable thirst and pursuit of knowledge. He received genuine admiration from the spiritual giant Sri Ramakrishna for his great depth of knowledge and wisdom. In 1905, Mahatma Gandhiin the Indian Opinion wrote that Vidyasagar was not only an ocean of learning but also an ocean of compassion. Although he was a Hindu Brahmin, to him a Brahmin, a Sudra Hindu and a Muslim were all alike.

Vidyasagar made a valuable contribution towards reforming Bengali education and thereby Indian education. He was a practical educationist, the creator of Bengali prose, a teacher, educator, translator, text-book writer and a radical reformer. His contributions to Calcutta Fort William College and Sanskrit College, vernacular education, mass education, journalism education and women education in the 19th century Bengal are immensely significant. The main objective of his educational reform, as he himself stated, was to facilitate “the acquirement of the largest store of sound Sanskrit and English learning combined, under the impression that such a training' is likely to produce men who will be highly useful in the work of imbuing our vernacular dialects with the science and civilization of the western world" (Encyclopedia Britannica). This synthesis of the East and the West, of the traditional and the modern values constituted the core of Vidyasagar’s educational philosophy and opened up a brave new world of academic enlightenment in British India and also helped promote the ideals of Bengal/ Indian Renaissance originated by Raja Ram Mohan Roy. Vidyasagar’s philosophy of education still works as the basic principles of our educational policies.

While Ram Mohan Roy revolutionised Hindu religion by creating the Brahma Samaj and Michael Madhusudan Dutt revolutionised Bengali literature by introducing the blank verse, Vidyasagar revolutionised the Bengali society by introducing widow remarriage and fighting against child marriage, polygamy, superstition and many other social ills. He championed the cause for women rights in our long-borne patriarchal societies governed by domineering patriarchs and male chauvinist pigs. Though Ram Mohan is considered as the father of Modern India, his attitude towards modernity is essentially different from that of Vidyasagar. Ram Mohan’s view was primarily theocentric while Vidyasagar’s was secular. And hence the question arises as to who should be credited more with their contribution to the society. However, regardless of all debates, Vidyasagar is the lighthouse of the Bengali people and society by all accounts. The social, cultural and educational awakening in the 19th century Bengal is but a tribute to Vidyasagar’s contribution.