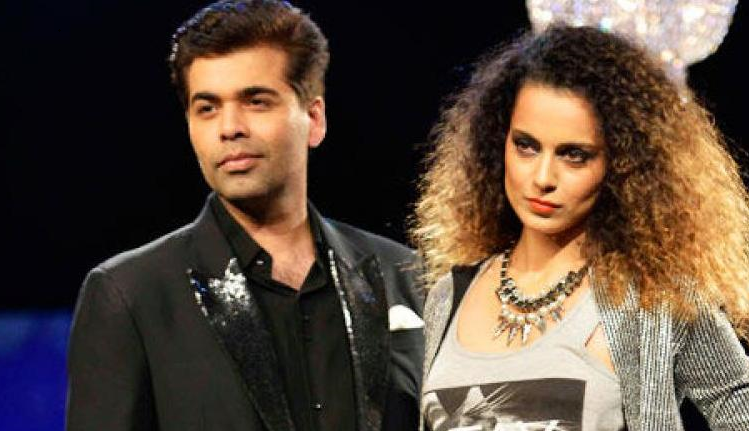 Kangana Ranaut and Karan Johar, once very public enemies (or seen to be such), are receiving the Padma Shri in the same year, proving yet again that life scripts better plots than the film industry. In an interview with Mumbai Mirror, KJo spoke at length about differences, perceived or otherwise, with the actress and being "honoured" to receive the Padma Shri, India's fourth highest civilian award, alongside her. He also did not rule out future collaborations with Kangana. Filmmaker Ekta Kapoor has also been awarded the Padma Shri this year as has, somewhat controversially, singer and former Pakistani citizen Adnan Sami.

Speaking to Mumbai Mirror, Karan Johar pointed out that he and Kangana Ranaut have always been civil to each other at public events and said he is "too old and wise" to bear a grudge. "So much has been said about Kangana, me and some kind of rivalry or simmering tension. But at every public event we've met, we've greeted each other graciously. Whatever may have been said or insinuated in print, I think I'm too old and wise to hold any kind of malice in my heart for anybody. As a filmmaker, I respect Kangana's talent, craft, and what she brings to the table. She is an actor who has proved her mettle and is deserving of the honor. Besides Ekta and Adnan Sami, I am honored to receive the Padma Shri alongside Kangana," KJo said.

Asked about the possibility of teaming up, Karan Johar cited previous instances - he worked with Anurag Kashyap and asked Ram Gopal Varma for a favour (which was granted) despite reported feuds with both filmmakers. "Tomorrow if I have a film for which I need Kangana, I will pick up the phone and call her. Whatever the problem, whatever may have been said on social media, is irrelevant to me. I'm a filmmaker and she's an artiste and no amount of personal bias should come in the way of that relationship. I believe in that and will stand by it," he told Mumbai Mirror.

While Karan Johar's words - "so much has been said about Kangana, me and some kind of rivalry" - imply that said rivalry was a matter of perception, he and Kangana Ranaut exchanged some very public barbs a few years ago. In 2017, Kangana called KJo the "flagbearer of nepotism" on his show Koffee With Karan; later that year, KJo and actors Saif Ali Khan and Varun Dhawan - all of them sons of leading lights of the film industry - chanted "Nepotism Rocks" at the IIFA Awards. Speaking to NDTV days after the IIFA Awards, Karan Johar said, "Of course I don't believe that 'nepotism rocks'. Of course, I believe that only talent rocks. If anything that rocks, it's your talent, hard work and conviction. It's the energy you bring to your job. What we said was meant to be a joke, which I think has been misplaced, misunderstood and I think it went wrong. I regret it."