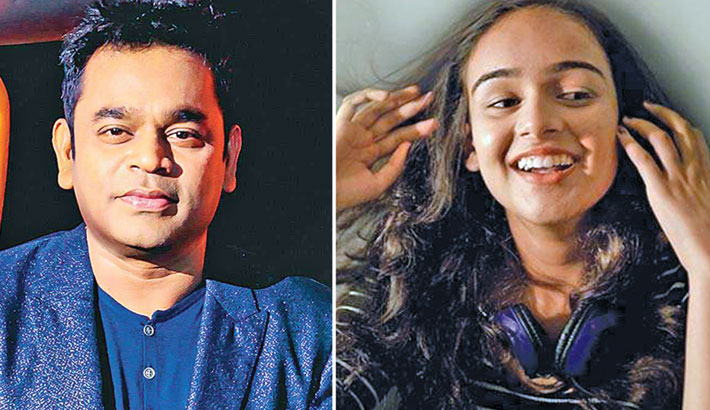 Music maestro AR Rahman has recorded a new song with the budding singer Kaveri Kapur. The song is about a severed relationship which is beyond the point of redemption.

Kaveri, daughter of Shekhar Kapur and Suchitra Krishnamoorthi, recorded the song with Rahman for Sweden and US based label, SNAFU.

Titled "Reminisce", the song is about a severed relationship which is beyond the point of redemption. Rahman has done the musical arrangement of the track which was recorded few days back.

"When I heard that a music label like SNAFU has directly approached me to sign with them, I was so excited. After we met, I was convinced that it is going to be a beautiful collaboration as they have been so encouraging towards me exploring my artistry in so many ways," Kaveri said.

"''Smell of the rain'' was the first song I recorded and working on that with a Sweden based producer Emil Axing and having my father on set to direct the video of the song, makes it extremely special. The second song, ''Reminisce'', gave me the opportunity to live my lifelong dream of working with my musical mentor, Mr. AR Rahman.

His talent and brilliance are boundless and his collaboration on this track, was and will always be one of the biggest moments of my career," she added.

"Smell of the rain" is about embracing and understanding the dysfunction in each and every one of us. It’s about learning to accept our darker sides through our experiences in life. The music arrangement for "Smell of the rain" has been done by Kartik Shah and Swedish producer Emil Axing. It will come out on February 7, followed by "Reminisce" which will release in March.

Kaveri has signed a four-song deal with SNAFU, where all the tracks will not only be sung but written and composed by her too.

"SNAFU has given me a platform to reach so many people globally and I cannot wait to share with the world the songs that have come straight from my heart," she added.