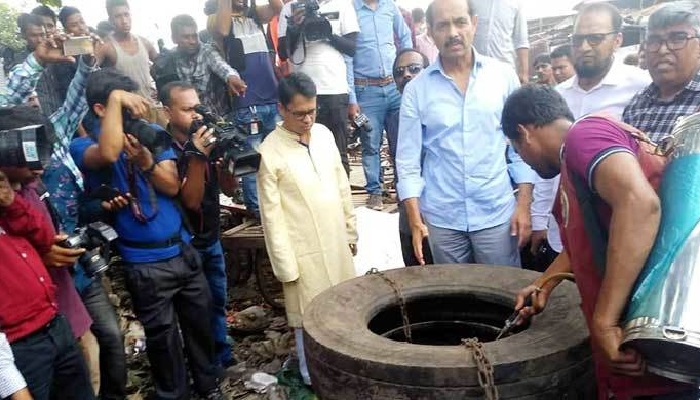 A mobile court led by Dhaka North City Corporation (DSCC) on Monday fined an owner of abandoned tires as larvae of Aedes mosquitos were found inside the tires behind the Mohakhali bus terminal, according to a media report.

A DNCC Executive Magistrate fined the owner of the tires TK 5,00,000, in default of which he will have to suffer imprisonment.

DNCC Mayor Atiqul Islam was present during the operation of the mobile court.

The mayor said, “Aedes mosquitos lay their eggs inside such tires. I warned them to remove these tires 15 days ago. But they have not paid heed to me. Therefore, the owner has been fined with TK 5,00,00.”