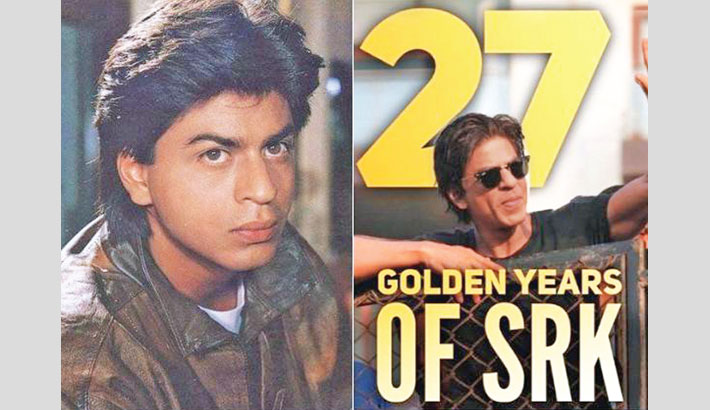 It was in 1989 that Shah Rukh Khan made his screen debut. While his television debut was to be Lekh Tandon’s series Dil Dariya, delay in the production led to Fauji becoming his small screen debut instead. He further went on to star in several other television series including Circus, Idiot, Umeed, Wagle Ki Duniya and In Which Annie Gives It Those Ones, report agencies.

Apart from an impressive filmography, Khan has established himself as one of Indian cinema’s most loved superstars. Whether it’s his screen persona or his off-screen charm, everything about Khan has catapulted him at a position unmatched by another Bollywood star.

While his utterly impressive filmography remains unmatched, Khan has also made sure to make the most of his time and invest in profit churning initiatives and hone the “brand SRK”.

As June 25 marks 27 years, Khan has received over 14 Filmfare awards, out of which 14 have been Best Actor awards for Baazigar, Dilwale Dulhania Le Jayenge, Dil To Pagal Hai, Kuch Kuch Hota Hai, Devdas, Swades, Chak De! India and My Name Is Khan.

While Khan is yet to announce his next film, the fans can’t wait to find out what the superstar will bring to the table this time.