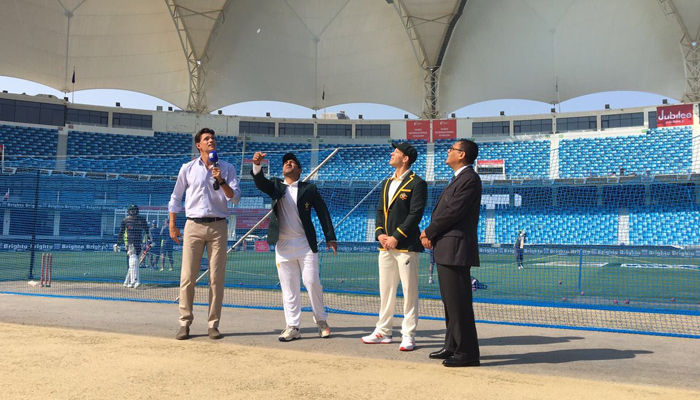 Pakistan skipper Sarfraz Ahmed has won the toss and elected to bat in the second test of a series that is up for grabs after Australia's fourth-innings comeback in the opening match.

Australia retained the same XI that salvaged an expected draw in Dubai by batting for almost 140 overs and finishing at 362-8 in the fourth innings after being set a victory target of 462 on a seemingly deteriorating wicket expected to assist spin.

After posting 482, Pakistan bowled Australia out for 202 in the first innings — taking 10-60 after the visitors made a promising start — and then declared in the second innings at 181-6 in order to have 1 ½ days to push for victory.