The angry protesters under the banner of Islami Andolon Bangladesh also brought out a procession after Juma prayers from Baitul Mukarram National Mosque in the capital.

Addressing a rally, they demanded immediate arrest of the two BJP leaders for their derogatory remarks about Prophet Muhammad (PBUH).

Earlier, Islami Andolon Bangladesh announced a protest programme in front of the Indian Embassy in the capital on June 26.

Witnesses said the devotees first brought out several small processions and then all of them congregated under the banner of Islami Andolon Bangladesh at around 3:00pm near the National Mosque.

They were shouting slogans protesting the Prophet (SM) remarks made by the two suspended BJP leaders.

Earlier, a huge number of law enforcers took position in different strategic points in the capital to thwart any kind of untoward incident.

Mufti Fayjul Karim, Nayed-e-Ameer of the party, demanded that the Bangladesh government present a condemnation proposal to India regarding the derogatory comments.

He also declared that a memorandum will be submitted to the Indian Embassy.

Meanwhile, another group of protesters took to the street and blocked Dhaka-Aricha Highway in Savar Bus Stand area after Juma prayers.

At the same time, another group staged a demonstration in Bipail area in Savar by blocking the Nabinagar-Chandra Highway.

Iran makes arrests over plane disaster as protests rage on 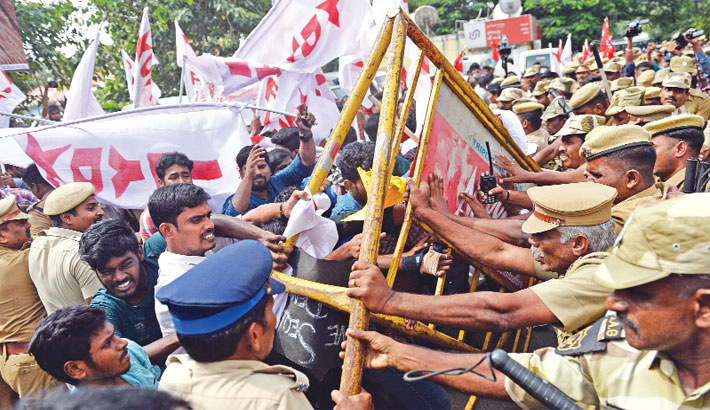 India protests rage on as death toll rises to 21 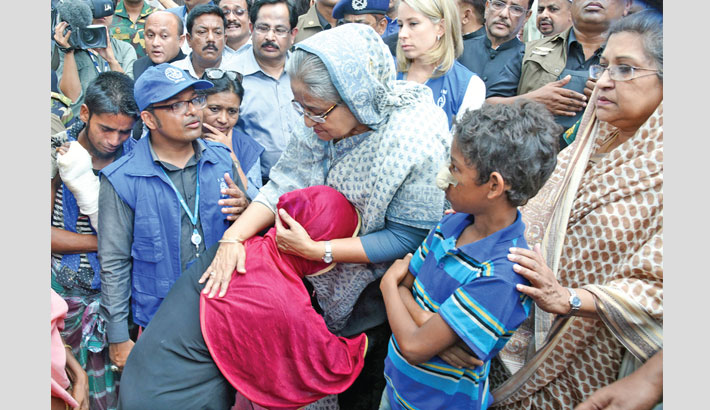 Protests rage on over Rohingya genocide