Dhaka Division sealed the National Cricket League title after seven years as they pulled off a comprehensive 179-run triumph over Khulna Division in the final round Tier-1 match at BKSP on Wednesday.

Dhaka, who needed a win to seal NCL 2021-22 season title, dismissed Khulna for 199 on the final day of their second innings after setting a target of 379 on the third day.

With the win, Dhaka Division finished the tournament with the highest 35.29 points. They won three matches, two draws and conceded a defeat in this edition. Rangpur Division finished second with 31.74 points followed by Sylhet Division (20.56) and seven-time champions Khulna Division (19.821). 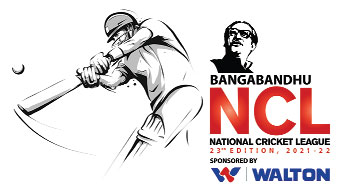 Meanwhile, the other Tier-1 game between Rangpur Division and Sylhet Division ended in a draw. The draw effectively closed Rangpur’s chances to clinch the title from Tier-1.

With the draw between Rangpur Division and Sylhet Division and after having defeat against Dhaka Division, Khulna were demoted to Tier-2.

Meanwhile, the two Tier-2 games ended in a dry draw.

On the other hand, Barishal Division could manage 286 for four in their second innings on the final day after Rajshahi Division finished their first innings with 421 on the third day.

Fazle Mahmud of Barishal Division finished the tournament as the leading run-scorer with 603 runs while left-arm spinner Hasan Murad of Chattogram Division was the leading wicket-taker in this NCL who took 33 wickets from six matches.