Denmark became the second team to qualify for the 2022 World Cup finals when they beat Austria by a single goal on Wednesday as England were frustrated by Hungary at Wembley.

Joakim Maehle scored in the 53rd minute to send the Danes to Qatar as they build on their surprise run at Euro 2020 this summer when they reached the semi-finals.

"You can only dream about things like this," said Denmark midfielder Pierre-Emile Hojbjerg. "It's crazy. This is huge for me, it's huge for the team, for Danish football and for Denmark. With the age and quality we have, we will only keep growing."

The Danes join Germany, who qualified on Tuesday, in the finals. Host nation Qatar qualify automatically. 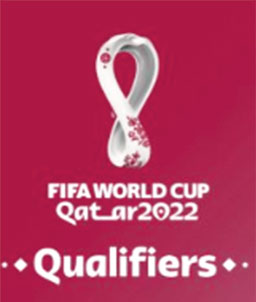 England sputtered as a combative Hungarian side held them to a 1-1 draw. The match was marred by ugly scenes at Wembley as Hungarian supporters clashed with stewards and police.

Gareth Southgate's side fell behind to Roland Sallai's disputed first-half penalty before John Stones stuck out a boot to score the equaliser in the 37th minute from Phil Foden's cross. Poland are second behind England in Group I after a stormy win in Albania.

Play was halted and the teams left the pitch as fans threw bottles after Karol Swiderski scored the winning goal in the 77th minute. The teams later returned to complete the game.

Cristiano Ronaldo scored two penalties in six minutes and completed the 10th international hat-trick of his career in the 87th minute as Portugal thrashed Luxembourg 5-0.

Bruno Fernandes and Joao Palhinha were the other scorers in the romp, but Portugal remain a point behind Serbia in Group A after the Serbs beat Azerbaijan 3-1 at home.

Sweden stayed two points ahead of Spain in Group B thanks to a 2-0 win against Greece. Scotland got a desperately-needed 1-0 win over the Faroe Islands, meaning they need one more victory from their last two games to secure a playoff spot as they seek to reach a World Cup finals for the first time since 1998.

Switzerland stayed in contention for Qatar when they eased to a 4-0 win in Lithuania with Breel Embolo scoring twice.

The Swiss are equal with Italy on 14 points in Group C, but second on goal difference.

Ukraine were held to a goalless draw by Bosnia-Herzegovina and lie second in World Cup holders France's Group D, just a point ahead of Finland.