Get ready for movement

Bangladesh Nationalist Party (BNP) high command has asked party men to take preparation for waging movement ahead of the next general election.

The party has called for its National Executive Committee meeting on September 14-16 to discuss elaborately the preparation of the election and strengthening the organisation in this regard.

“BNP will hold its National Executive Committee meeting on September 14-16. The meeting agenda includes current political situation of the country, organisational situation of the party and the next parliament election,” Syed Emran Saleh Prince, organising secretary of the BNP, told the Daily Sun.

He said the meeting will be held at the party chairperson’s Gulshan office in the capital. BNP acting chairman Tarique Rahman will preside over the meeting virtually from London.

Party insiders said meeting of the BNP’s standing committee held on Saturday took the decision to hold the party’s national executive meeting in a bid to reorganise the party and strengthen the organisational activities to forge movement ahead of the next parliament election.

They decided to start preparations in full swing for movement ahead of the next general election, terming it ‘do-or-die’ challenge for the party’s existence, the insiders added.

Ruling Awami League General Secretary Obaidul Quader on September 9 said, “The Awami League has decided to start preparation for the next parliamentary election. To this end, the sub-committees of the party have been instructed to update its election manifesto.”

Talking to the Daily Sun, a member of the party’s policymaking body wishing not to be named said after the ruling Awami League’s meeting, the opposition has also taken a decision to prepare for the election and to wage movement demanding the election under an election time non-partisan government.

“According to my personal opinion, there will be no benefit by participating in the next general election if the poll is held under the current Prime Minister [Sheikh Hasina] and her government,” BNP standing committee member Iqbal Hassan Mahmud Tuku told the Daily Sun.

BNP Secretary General Mirza Fakhrul Islam Alamgir on Saturday at a programme at the Jatiya Press Club said the next general election must be held under a neutral government.

“We would like to say it unequivocally that there’ll be no such election in Bangladesh where voters can’t go to polling stations. The election must be held under a neutral government and it must be conducted by an impartial election commission,” he said.

BNP getting ready for movement: Fakhrul 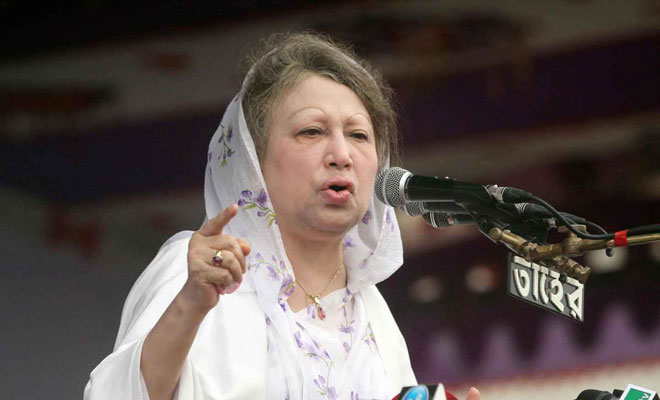 Get ready for movement: Khaleda

Venue issue yet to be resolved