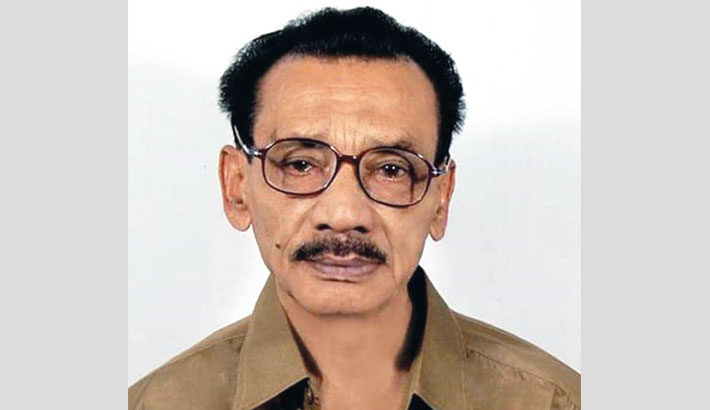 He breathed his last at Shaheed Syed Nazrul Islam Medical College Hospital at around 10:00pm.

He was undergoing treatment there for Covid-19.

In a condolence message, the President said people would remember Mrinal’s contribution to local cultural arena of Kishoreganj for long with respect.

The head of the state prayed for salvation of the departed soul and conveyed deep sympathy to the bereaved family.

Mrinal Kanti Dutta left behind two sons, two daughters and a host of relatives to mourn his death.

Dutta was born on January 1 in 1944 in Nagergram village of Katiadi upazila. District’s theatre movement reached a new level due to the leadership and guidance of Mrinal Kanti Dutta. Apart from drama, he was also known for composing and performing songs.

During the Liberation War in 1971, he had inspired mass people and freedom fighters performing songs written by him in various refugee camps and training centers in Agartala.

At that time he became closely associated with the Bangladesh Cultural Association formed in Agartala.

After independence, he became fully involved in the drama movement.

In recognition to his special contributions in the field of drama, he got the 'District Shilpakala Academy Award' in 2015-2016 in the category of drama.

A pall of gloom descended on the cultural arena of Kishoreganj when the news of the death of Mrinal Kanti Dutta spread.