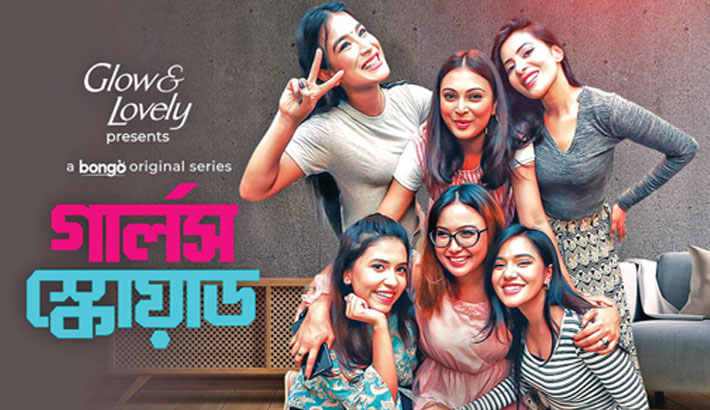 In Bangladesh, conventional dramas and films mostly focus on the story of a male protagonist. Story-lines have traditionally revolved around the ‘hero’, while heroines have mostly played supporting characters. Thankfully, times are changing and now audience are demanding to see better representation on screen.

Bangladesh’s first and largest video streaming platform, Bongo, is premiering a female-focused drama serial titled ‘Girl’s Squad’ on the occasion of upcoming Eid-ul-Azha. Girl’s Squad is a comedy genre drama that shows the complex lives of six women, where the audience get to see their struggles with friendship, love, romance, and their own aspirations.

‘Girl’s Squad’ will premiere with 20 episodes. The serial has been written and directed by Maidul Rakib and produced by Bongo.

Following the success of Bongo’s Based on Books (BoB) series, which saw critical success during it premier on last Eid; Bongo has since decided to not only focus on adaptations from acclaimed literature but to also focus on making content for all audiences. Girl Squad will hopefully be the first of many female-focused content offerings coming from Bongo.

Girls Squad’ will be available for viewers on Bongo’s APP on Android, iOS, and Bongo Web (www.bongobd.com) platforms from Eid day.