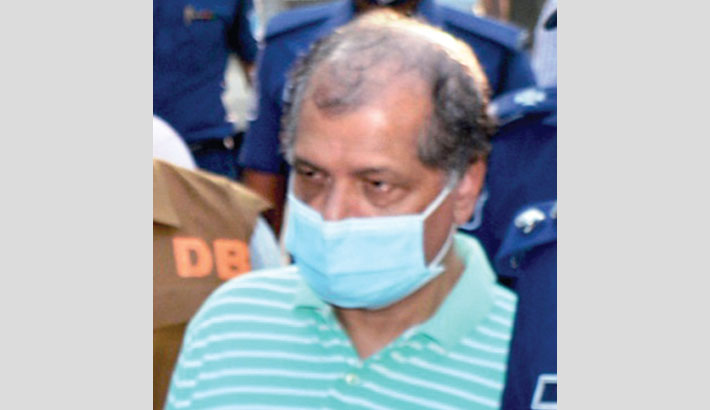 Eight people, including the chairman of Sajeeb Group and his four sons, have been arrested in connection with the devastating fire that left at least 52 workers dead in Rupganj of Narayanganj.

Home Minister Asaduzzaman Khan Kamal made the disclosure while talking to reporters after visiting the fire-ravaged factory.

He said that police were conducting raids to catch other persons involved in the incident.

Habibur Rahman, deputy inspector general of Dhaka Range of police, said a case has been filed with Rupganj Police Station in connection with the fire. Eight people and some unidentified persons have been named in the case.

Police sought a 10-day remand order from a court to question Hashem, the chairman and managing director of Sajeeb Group, and seven others over the deadly blaze, according to Inspector Humayun Kabir Molla of Rupganj Police station.

Prosecutor Mahbubur Rahman Ismail said the court granted them a four-day remand for all eight arrestees.

Home Minister Asaduzzaman Khan Kamal told reporters that they would bring all who had even trifle negligence over the fire incident to book. “All the persons responsible will be brought to book,” he added.

He said, “Three committees are working. After findings of the committees, everything will be clear. But if there is any construction error, error in labour management or if anyone has made even the slightest mistake, the person will not be exempted.”

In response to a question that child workers were working in the factory, he said action would be taken after the investigation.

Replying to another question whether the 3rd floor gate of the factory remained locked during the incident, he said, “Action will be taken even if slightest fault is found against anyone.”

He said the administration will provide all kinds of assistance to them. The injured persons will be paid for their medical expenses.

Apart from the Home Ministry’s probe team, several other agencies and local administration have also started investigating the incident.

The devastating fire that swept through the six-storey building housing the juice factory of Hashem Foods Ltd, a sister concern of the Sajeeb Group, at Bhulta Karnagop in Rupganj, broke out at 5:00pm on Thursday.

Some 18 firefighting units doused the blaze on Friday night after about 29 hours.

The fire killed at least 52 workers, mostly women and children, and left more than 50 others injured.