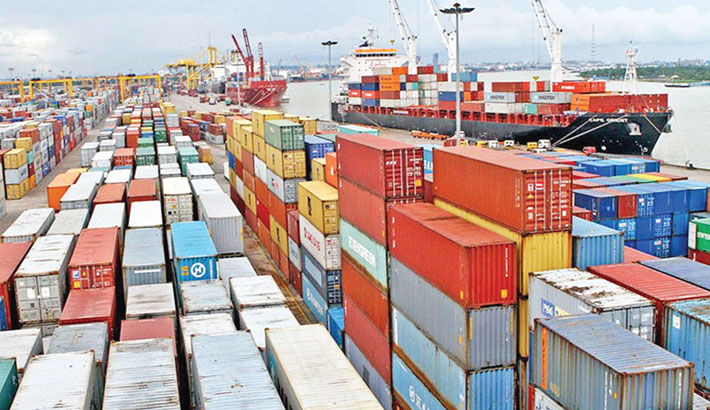 Chittagong Port Authority (CPA) Chairman Rear Admiral Mohammad Shahjahan has said there is no container congestion in the Chittagong Port and exports and imports are ongoing smoothly through the port.

“Exports and imports are running smoothly. The container storage capacity of the port is now around 49,000 twenty-foot equivalent units (TUEs) while container storage is around 35,000 TUEs now,” he said while talking to BSS on Tuesday over phone.

He informed that the port authority will meet stakeholders tomorrow to take next action plan for keeping the container handling smooth in future.

He informed that officials of the CPA are continuing their monitoring activities for ensuring better services to the exporters and importers.

As part of the prior initiative for smooth container handling, the CPA chief said that through a letter on July 2, the CPA asked the private inland container depots (ICDs) to quickly shift ICD-bound imports and empty containers from the port.

The CPA chief said despite the Covid-19 pandemic, Chittagong Port has made a new record by handling over 30 lakh TEUs (twenty-foot equivalent units) of containers during the fiscal 2020-21 (FY21).

Among the handled containers, the imported goods were about 16.58 lakh TEUs and the remaining 14.38 lakh TEUs were export products. Besides, cargo handling has been around 11 crore 37 lakh tonnes in the outgoing fiscal.

Besides, 4,062 ships have come to and gone from the Chittagong port in FY21. In addition, larger ships are now able to dock at the port jetty and the port authorities consider it one of the successes.

According to the statistics, the Chittagong port has advanced in all the three categories of container, cargo goods and shipping.

Mohammad Shahjahan said the port was not shut for a single day even during the pandemic and the round-the-clock operation has helped us handle more than three million TEUs in the year.

He thanked the port staff and workers and other stakeholders such as berth operators, ship-handling operators, importers, exporters, shipping agents, clearing and forwarding agents, freight forwarders, and customs officials for working together to achieve the growth.