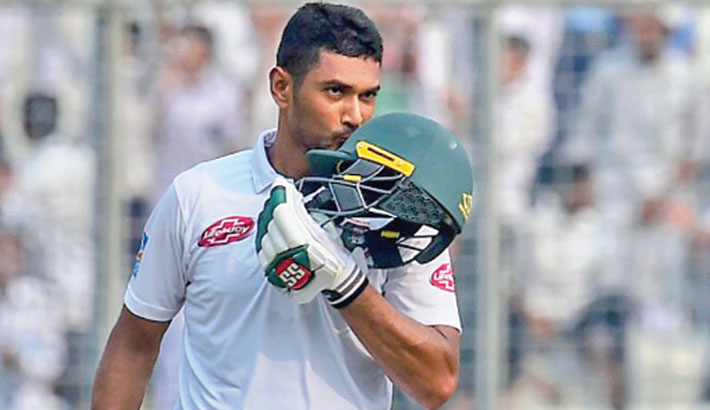 All-rounder Mahmudullah has received a surprise entry into Bangladesh Test squad for their upcoming full-fledged series against Zimbabwe, scheduled to start on July 7 in Harare.

The T20 skipper, who was ignored in the longest format for the last 16 months, was included in the Test squad as a backup player as two of their other experienced campaigners – Tamim Iqbal and Mushfiqur Rahim have been struggling with different injury problems.

The 35-year old, who played his Test against Pakistan in February 2020, wasn’t part of Bangladesh’s last three-Test series squad against Zimbabwe, West Indies and Sri Lanka respectively after head coach Russell Domingo didn’t show his interest in Mahmudullah in the longer format.

“We had an emergency meeting yesterday (Friday). We have some injury problems as Tamim is suffering from a leg injury while Mushiq has a finger injury. The Zimbabwe series is a big tour and the conditions are somewhat difficult at the moment. We don’t want to take any risk,” BCB cricket operation chairman Akram Khan told reporters in Mirpur on Saturday.

“We are 80 percent sure that they (Tamim, Mushfiq) will play. We actually take him as a backup of Mushfiq. He can also be in the team if the team management wants to play with an extra batsman,” he added.

Bangladesh team management earlier didn’t consider Mahmudullah in Tests as he had to skip his bowling due to his multiple injuries.

However, the all-rounder recently started bowling in full flow and picked up 17 wickets in 16 matches in the ongoing Dhaka Premier Division T20 with a handy economy rate of 6.34.

The inclusion of Mahmudullah now makes the Test team an 18-member squad.

The one-off Test will take place on July 7-11 at Harare Sports Club which will be followed by three ODIs and three T20Is.

The one-day international series will be part of the ICC Cricket World Cup Super League.