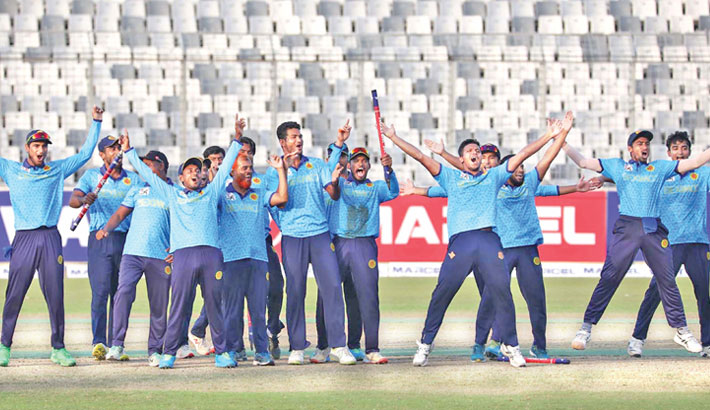 Abahani all-rounder Mohammad Saifuddin played a vital role behind the victory in the title-deciding match as he claimed 4-36 to help his side restrict Prime Bank to 142-9 after making a late cameo of unbeaten 21 off 13 balls that propelled Abahani to score 150-7 in their stipulated overs. 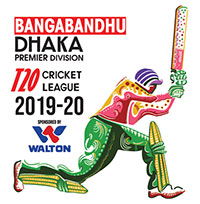 Abahani made a terrible start in their title-defence match as they lost their first three batsmen within the powerplay to be reduced at 3-31 after they decided to bat first.

Mohammad Naim was dismissed for a first-ball duck of Mustafizur Rahman while in-form Munim Shahriar and Liton Das were removed for three and 19 runs respectively as Abahani found their back against the door early in the match.

Skipper Mosaddek Hossain and Najmul Hossain then repaired the innings by adding 70 runs for the fourth wicket before the latter was dismissed after making 45 off 40 balls. 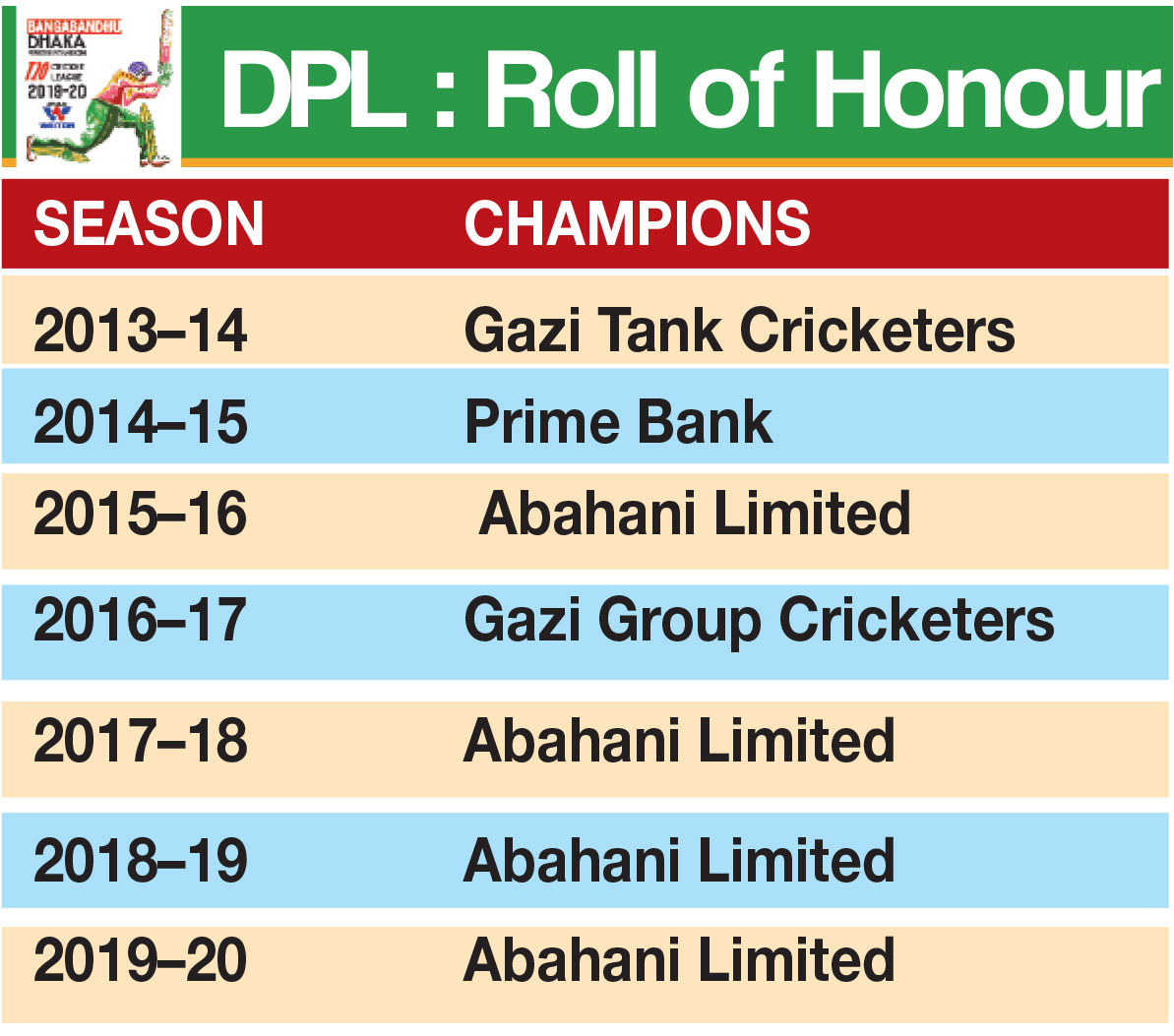 Mosaddek made 40 off 39 balls while Afif Hossain (12) and Saifuddin played some handy knocks at the end to guide Abahani to post a challenging total. Rubel Hossain of Prime Bank claimed 2-22.

Prime Bank, in reply, lost wickets at regular intervals and were reduced at 66-5 in the 11th over.

Rubel Mia scored 41 while Alok Kapali made 34 not out in the end to bring some excitement in the contest but Prime Bank ultimately fell short of the target and Abahani players and staff celebrated their fourth DPL title in five years.

In the day’s first game, left-arm pacer Ruyel Miah claimed 5-21 in just 2.4 overs as Mohammedan Sporting Club beat Prime Doleshwar Sporting Club by 25 runs in a rain-curtailed 13-over per side match.