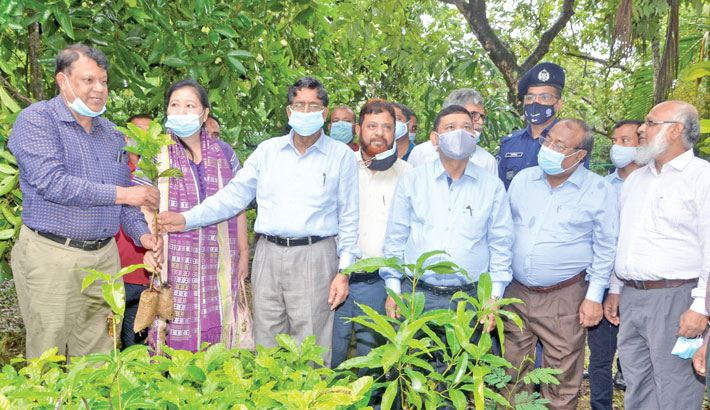 The government has taken a five-year project worth Tk 2.11 billion to expand cashew nuts and coffee farming in the country.

The project aims to increase the acreage threefold by 2025, said agriculture minister.

“Integrated initiatives are being taken in the country to harness the potential of cashew nut and coffee,” he said.

“There is a huge potential for cashew nut and coffee cultivation in many places in the hilly and northern parts of the country,” he added.

Dr. Razzaque said to make agriculture profitable, it is necessary to cultivate unconventional cash crops including cashew nut and coffee.

“These crops have a huge demand both in domestic and international markets,” he added. The minister said, “Given the demand, it is very possible to raise their production in Bangladesh as the weather condition of the country is suitable for such plants.”

Expansion of such crops in the hilly regions could bring revolutionary changes to the socio-economic condition of hilly people of Chattogram division through reducing poverty as well as providing necessary nutrition as well, he said. "We are providing improved varieties of saplings and other inputs, technology and guidance to farmers and entrepreneurs to popularise the cultivation of these non-conventional crops."

To make cashew nut processing easier, he said, the government has reduced import duty on nut to 5.0 per cent from 90 per cent.

The minister called upon the farmers and entrepreneurs to come forward in cultivation cashew nuts and coffee.

He directed the officials of the Department of Agriculture to innovate the improved varieties and technologies suitable for the country and disseminate them to the farmers.

Director General of DAE Md Asadullah presided over the workshop.

The project director Shahidul Islam said, “It is possible to earn Tk 90 billion a year by cultivating cashew nut in 2 lakh hectares of land in the three hill-tract districts.”