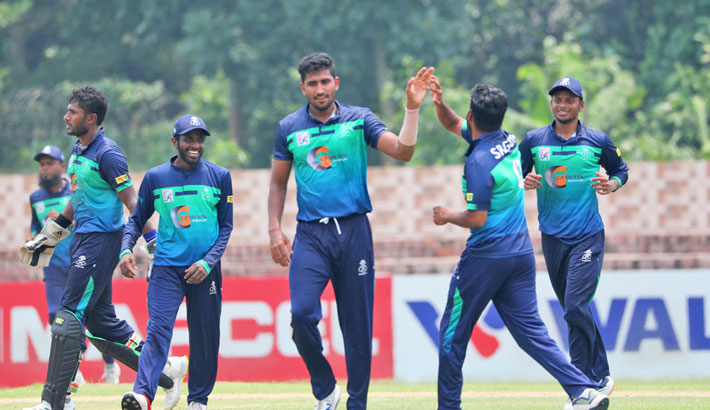 Star-studded Abahani Limited conceded their first defeat in their fourth match of the ongoing Dhaka Premier Division T20 League as they lost to Khelaghar Samaj Kallyan Samity by eight runs at the BKSP-3 on Monday.

Mohammedan Sporting Club, who also won their previous three matches, was brought down to earth after suffering a 16-run defeat to Sheikh Jamal Dhanmondi Club at the Sher-e-Bangla National Stadium.

Prime Doleshwar Sporting Club jumped to the top of the points table after they registered a four-wicket win over Shinepukur Cricket Club while Gazi Group Cricketers, Prime Bank Cricket Club and Brothers Union also won their respective fourth round matches on the same day. 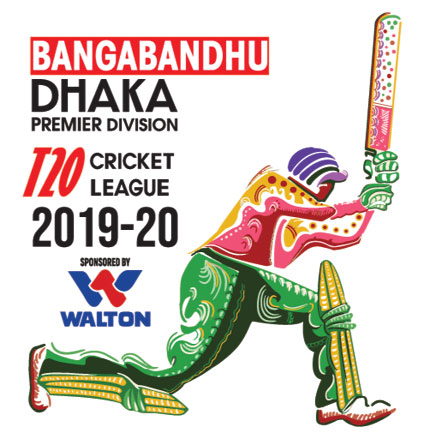 Opener Imtiaz Hossain struck 66 off 46 balls while Mehidy Hasan scored 33 runs as Khelaghar posted 164-6 in their stipulated overs after decided to bat first.

Mohammad Naim and Najmul Hossain then made 49 runs each but Abahani fell short of the target as they could make 156-5 in 20 overs to suffer their first defeat in the tournament.

Skipper Nurul Hasan smashed unbeaten 66 off 34 balls while Ziaur Rahman played a late cameo of 35 not out as Sheikh Jamal posted 161-5 in their stipulated overs after they opted to bat first at the Sher-e-Bangla National Stadium.

Off-spinner Mohammad Enamul then took three wickets to reduce Mohammedan to 15-4 and despite Nadif Chowdhurys 57-run innings, Mohammedan could only 145-8 in the chase.

In a low-scoring thriller at the BKSP-4, Old DOHS needed only seven runs to win the contest against Brothers in the last over with eight wickets in their hand.

However, they could only score four runs off the final six deliveries and lost the match by two runs as they could make 137-3 to suffer their second defeat in the meet.

Earlier, despite Myshukur Rahman’s unbeaten 68 off 48 balls, Brothers could only score 139-5 in their stipulated overs.

Soumya Sarkar struck 53 off 43 balls while Mominul Haque made 34 runs as Gazi Group beat Legends of Rupganj by seven wickets to notch their second win in the ongoing meet.

Gazi Group bowlers showcased a controlled bowling effort to restrict their opponents to 132-8 at the BKSP-4 before they raced towards 133-3 in 17.5 overs to hand Rupganj their third defeat in four matches.

Shinepukur made 162-7 in their stipulated overs after Mahidul Islam and Sabbir Hossain struck 44 and 36 runs respectively in Dhaka after opting to bat first.

In reply, Prime Doleshwar reached 163-6 in 19.4 overs to complete their third win in the tournament with Saif Hassan top-scoring for them, 50 off 35 balls and Fazle Mahmud making 41 off 33 balls.