Five things to watch for at the Oscars 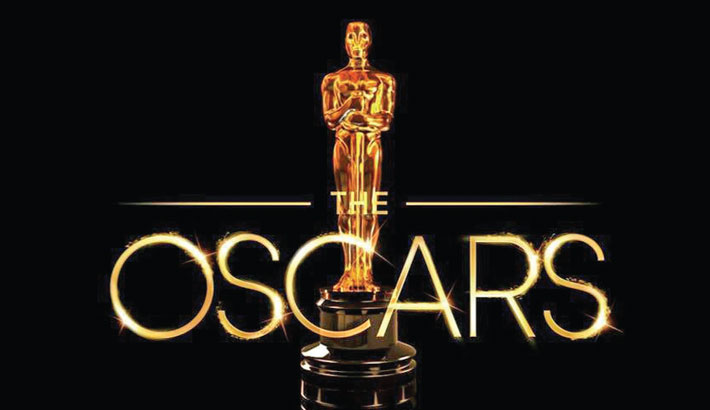 Travelers passing through Union Station in downtown Los Angeles on Sunday might notice a slight commotion -- for one night only, it is doubling as the venue for the Oscars, reports AFP.

While passengers jumping on a train most likely won't get a glimpse past the tight security, here are five things that movie fans watching the 93rd Academy Awards from home should look out for:

'Nomadland' sweep? -Going into Sunday, ‘Nomadland’ is the clearest best picture Oscar frontrunner in years. So barring a dramatic shock, the question may be just how many Oscars Chloe Zhao's road movie can win.

If the heavily improvised film lands the prize for best adapted screenplay early in the night, a serious sweep could be on the cards.

And Zhao -- who would be the second woman, and the first of color to win best director -- could equal another remarkable record.

From 1983's ‘The World According to Garp’ to 2019's ‘The Wife,’ Close has been nominated but failed to win on seven previous occasions.

If she comes up short again on Sunday, she will be tied with the late Peter O'Toole as the Academy's most reliable runner-up. Unfortunately the odds don't look great for Close -- while her transformational performance as a tough-as-nails grandmother in "Hillbilly Elegy" was praised, the film drew widespread scorn.

#Oscars So Diverse? - When last year's nominations were announced, it looked like years of activism and pledges for reform driven by the #OscarsSoWhite campaign had come to nothing -- 19 of the 20 actors were white.

But this year's crop of stars have set new records for diversity, including nine actors of color on the shortlists, and the first Asian American ever nominated for best actor (Steven Yeun of "Minari.").

McDormand three-peat? - Frances McDormand has long been an Academy favourite, and she anchors this year's frontrunner ‘Nomadland’ with a characteristically unglamorous portrayal of a grieving widow living in an old van.

If she takes best actress honors on Sunday, she will become only the second woman in Oscars history to bag a trio of wins in that category -- after the peerless Katharine Hepburn, who has four. The Oscar would put her at the pinnacle of a triple-winners actress club also including Meryl Streep and Ingrid Bergman, who each have two lead actress Oscars and one supporting actress prize.

Masks, movie shots and more? - Oscars co-producer Steven Soderbergh and his colleagues held a press conference last weekend where they set out their vision for a ceremony intended to look more like a feature film than a TV show -- without saying anything specific at all.

With so much under wraps, one thing is sure -- the night is the first major Hollywood gathering in more than a year, and without pesky journalists and studio executives around to disturb them, many stars will be ready to party.