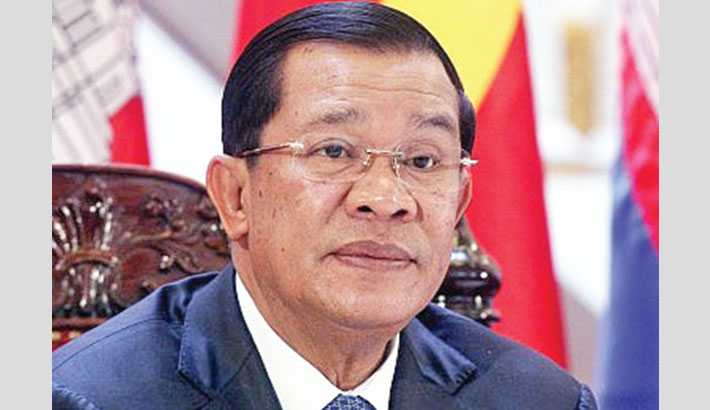 In the past two days Cambodia has registered more than 1,000 infections—many among garment workers and market vendors—bringing the country’s tally to 4,081 cases and 26 deaths.

Authorities this week banned travel between provinces, imposed a night-time curfew in the capital Phnom Penh and shut down popular tourism sites including the famed Angkor Wat archaeological park.

Wearing face masks is now mandatory in Phnom Penh and violators face a fine of up to $250. But Prime Minister Hun Sen on Saturday threatened harsher measures, saying anyone who flouts a two-week quarantine period would face a “quick trial” and jail time.

“People who break Covid measures must be sentenced,” he said on state-run TV.

“I accept being called a dictator, but I will also be admired for protecting my people’s lives.”

Cambodia has already passed a strict Covid-19 prevention bill that could see people who flout virus rules jailed for up to 20 years.

Hun Sen also announced that being vaccinated was “mandatory” for all state officials and the armed forces, warning them they could be fired if they refuse.

The kingdom’s vaccination programme began in February and a million people have since received at least their first of two shots.

Infection numbers started surging in late February when an outbreak was detected in the Chinese expatriate community.

Today, Phnom Penh is slowly running out of hospital beds and authorities are transforming schools and wedding party halls into treatment centres for patients with mild symptoms.

Neighbouring Thailand is also struggling to contain a new wave of cases. Health authorities there have detected a highly infectious variant of the virus originally found in Britain.

Calling it the “most severe outbreak” Thailand has experienced so far, the government has set up 10 field hospitals to prepare for a surge in patient numbers.

Festivities for the rowdy Songkran holiday, known for its public water fights, have been curtailed, with officials cancelling Bangkok street celebrations to discourage crowds from gathering.