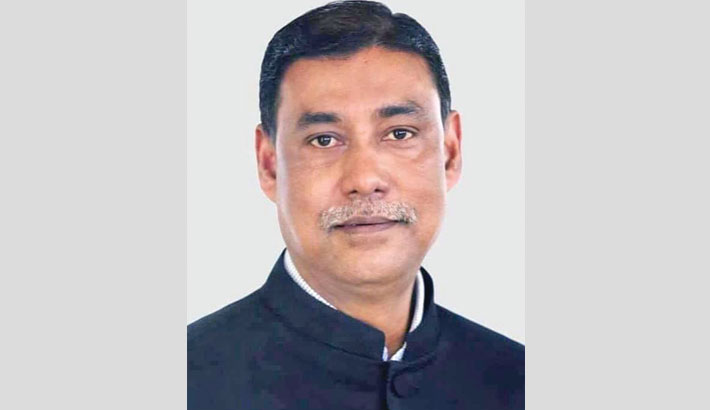 Aslamul Haque, an Awami League lawmaker from Dhaka-14 constituency, died while undergoing treatment at a city hospital on Sunday. He was 60.

Aslamul, also vice-president of Dhaka City North Awami League, breathed his last around 11:00am on the day.

Earlier, he (Aslamul) was taken to Square

Hospital in the capital

His Namaz-e-Janaza will be held at Golarteck playground in Mirpur Mazar Road around 11:00am. He will be buried at his family graveyard on the day.

He left behind his wife, two daughters and a host of relatives and well-wishers to mourn his death.

Immediate after the death of Aslamul, Prime Minister Sheikh Hasina in her valedictory speech at parliament said, “I have just received the news that Aslamul Haque has passed away. It saddened me extremely. He was also present in the parliament yesterday.”

“He was healthy, but died of a cardiac arrest,” she said.

Later, in a condolence message she expressed deep shock and sorrow at the death of the lawmaker.

She also prayed for the eternal peace of the departed soul and conveyed deep sympathy to the bereaved family.

Aslamul was elected MP from Dhaka-14 constituency three times in a row on the nomination of AL.

He served as a member of the Parliamentary Standing Committee on the Ministry of Civil Aviation and Tourism.

He was member of House and Standing Committee on Ministry of Religious of the incumbent parliament.