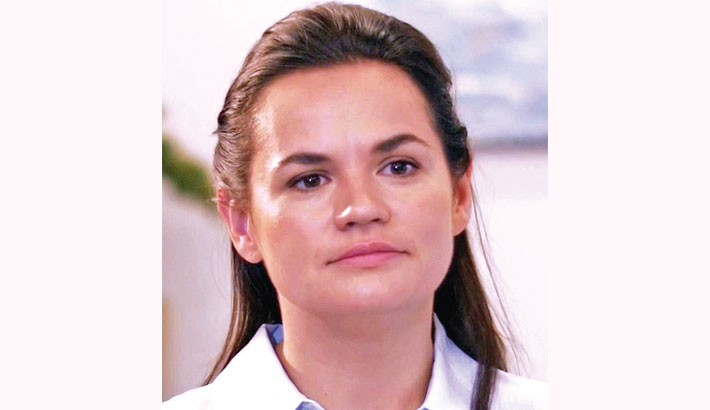 MINSK: Belarus said on Friday it had requested the extradition of exiled opposition leader Svetlana Tikhanovskaya, who was forced from the country during a crackdown on critics of leader Alexander Lukashenko, reports AFP.

Tikhanovskaya, who challenged Lukashenko in last year’s presidential vote that the opposition said was rigged, sought refuge in EU member Lithuania as the crackdown intensified on anti-government demonstrations in her home country.

The Belarus General Prosecutor’s Office said on Friday it had requested that Lithuania extradite her “to face prosecution for crimes against the governing order, public safety and the state”.

Investigators said this week that Tikhanovskaya, who stood in the August vote in place of her jailed husband, had planned with associates to instigate riots and capture government buildings in the second city Gomel.

Tikhanovskaya has dismissed the claims.

Lithuania’s Foreign Minister Gabrielius Landsbergis responded that his country “has been and will be a brick wall behind which all democratic forces persecuted by regimes will find refugee”.

“We can say only one thing to the Belarusian regime: hell will first have to freeze over before we consider your requests,” he said.

Journalists and rights defenders are facing a slew of legal cases, which have been condemned by international advocacy groups.

Dozens of media and rights workers had their homes and offices searched last month and several journalists were recently handed jail terms after reporting on the protests and the opposition crackdown.

Thousands were detained at spontaneous protests that followed Lukashenko’s claim to a landslide victory and a sixth term in the August vote.

In exile, Tikhanovskaya been meeting EU leaders and representatives of Western countries. She was expected in Geneva this weekend.

The European Union has slapped sanctions on Lukashenko and his allies but the long-standing Belarus leader has strong support from Moscow and has refused to step down.