Bangalees have many things to learn from Bangabandhu 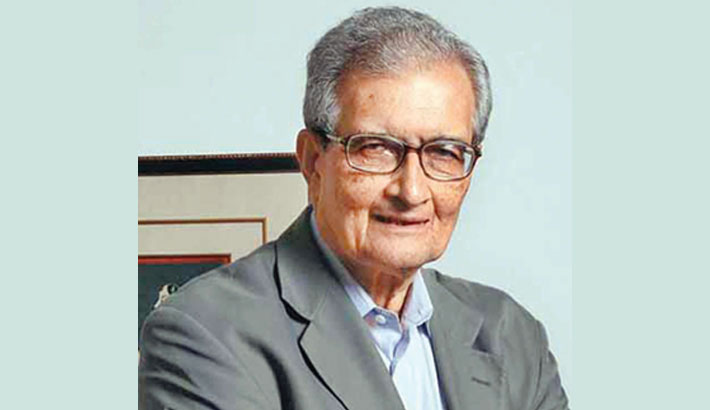 Terming Bangabandhu Sheikh Mujibur Rahman as the architect of independent Bangladesh, Nobel laureate Amartya Sen has said Bangalees have many things to learn from his ideology.

“He (Bangabandhu) was the great political leader of Bangladesh, the most respected person of Bengal and the architect of independent Bangladesh. His influence on the people’s life in Bangladesh is still huge. Calling him ‘Father of Bangladesh’ or ‘Bangabandhu’ will be very inefficient,” he wrote in an article, reports BSS.

The article was published in Indian Anandabazar Patrika on Friday on the occasion of the birth centenary of Bangabandhu Sheikh Mujibur Rahman.

“Today Bengalees have many things to learn from Sheikh Mujib’s thoughts.

Calling him (Mujib) ‘Father of Bangladesh’ or ‘Bangabandhu’ will be very

insufficient. He did not want to buy a bigger title and name. People loved

him from their hearts,”

The Indian Bengalee economist said Bangabandhu was not only “a friend of Bengal” but his role was more than that and incomparable.

Noting that Bangabandhu was a fantastic person, Amartya Sen said he was snatched away from the Bangalees but nobody can snatch his clear thoughts and visions, which may be “very helpful for us today”.

He said: “The Indian subcontinent is going through a hard situation due to ideological misleading and we have many reasons to seek help from Bangabandhu aiming to get encouraged and direction to this end. Sheikh Mujib’s thoughts and judgments are still relevant.”

Sheikh Mujib was one of the pioneers of secularism and many countries, including India, can take lessons from his instance in this regard, he added.

The Nobel laureate said Bangladesh itself is going through ups and downs in terms of secularism but Bangabandhu spoke very clearly on which Bangladesh he wanted.

Quoting the speech of Bangabandhu delivered at parliament in 1972 when a constitution of secularism and democracy was adopted, he mentioned that Bangabandhu had said all people of all religions would practice their respective religions but religions could not be used in politics. Amartya Sen said it is very important for India and many other countries to take lessons from the way Sheikh Mujib and Akbar articulated the concept of secularism.

“This concept is also relevant in political discussions on similar different inequalities like racial or ethnic inequalities prevailing in the United States or Europe. In the countries like Pakistan or Sri Lanka, in the subcontinent, it can also shed light on various contemporary issues and debates,” the article read.