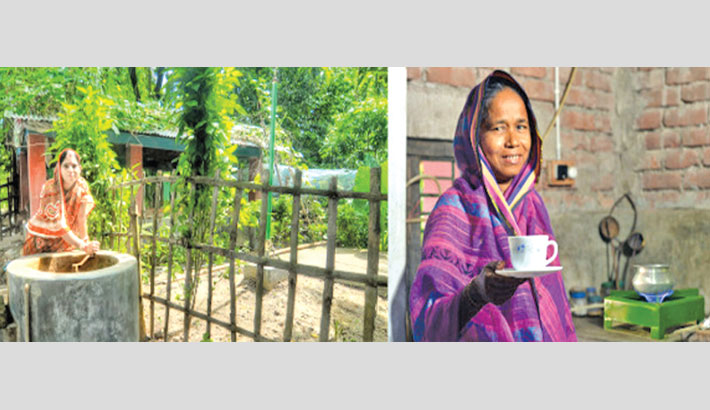 The government has drafted a guideline on biogas energy as the absence of a guideline has been hindering expansion of biogas plants despite huge manpower generation prospect in the sector.

The prospect of draft guideline was presented at a power division sponsored meeting recently.

Attended at a Power Division meeting over the draft guideline recently, former BUET Prof Nurul Islam said only few out of 14 organisations have progressed well on biogas activities.

But, most of the organisations also faced financial crunch and suspended their activities on biogas plants.

“Bangladesh has yet to fix the proven technology or programme to run the biogas plants. If it is possible, then country may produce 100MW of electricity from it which will help thousands of people,” he said.

He proposed for introducing a separate unit at SREDA with the supervision of a deputy director.

He said, “It’s impossible to expand biogas plants only for household purpose as it is used as fuel in vehicles in Europe.”

For this, the technology, technologically sustainable and certified, should be placed before investors, he said.

Attended at the meeting, representative of GIZ also proposed a dedicated unit under the SREDA for expansion of biogas.

The bio waste of these farms and solid waste of the city corporations and municipalities can also be used for biogas plants.

IDCOL has been implementing biogas programme in Bangladesh since 2006 with support from the World Bank, KfW Development Bank and SNV Netherlands Development Organization

Till December 2019, IDCOL has financed construction of over 53,200 biogas plants all over the country through its 38 partner organisations.

IDCOL has a plan to install 60,000 biogas plants in Bangladesh by 2021, according to IDCOL.

Attended at the meeting, recent past power division secretary Dr Sultan Ahmed said most of the biogas plants, which were used for household purposes, have been abandoned as LPG cylinders reached remote villages.

Besides, the government has already allowed a firm to produce electricity from coroporation waste, he said.

“So, we have to introduce proven technology for promotion of the biogas plants,” he noted.

He asked the concerned authorities to submit the details of the technology and aspects so that the government can adopt it during finilisatopm of the guideline.