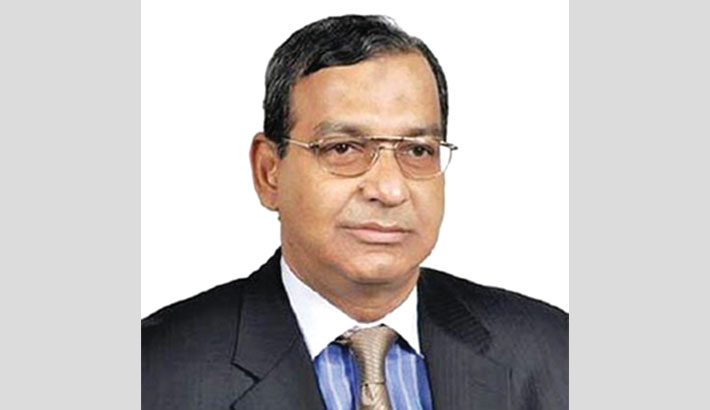 Dhaka Water Supply and Sewerage Authority (DWASA) is trying to influence the local government ministry for further extension of the term of its incumbent Managing Director Taqsem A Khan.

Taqsem has been serving as the MD of the autonomous body for the last 11 years.

Breaching the rules, the Wasa held a special board meeting virtually on Saturday to make recommendations for the reappointment of Taqsem by any means.

Some board members said a proposal for reappointment of Taqsem may be sent to the Local Government Division in a day or two.

Taqsem has been criticised for his various mismanagements and irregularities during his long period in office.

On September 14, the High Court reprimanded Taqsem for not complying with its directive to block drains and sewerage lines linked to the Buriganga River.

The HC said the Wasa MD is seeking time on various pretexts to deliberately delay execution of its 2011 order.

Taqsem was cautioned to properly implement its directives and submit a compliance report within a month.

The Transparency International Bangladesh (TIB) has demanded appointment of a new managing director to Dhaka Wasa in a transparent manner as the tenure of the incumbent MD expires next month.

In a statement, the anti-graft watchdog also demanded a complete and impartial audit of the ‘questionable’ appointment and reappointment of the current MD, for the welfare of the organisation and its beneficiaries.

The TIB also demanded removal of the members of Dhaka Wasa Board due to their inability to prevent corruption.

The TIB has strongly condemned the proposal to reappoint the current MD in an ‘unethical and unlawful way’.

TIB Executive Director Dr Iftekharuzzaman said in a statement that it is certain that the Dhaka Wasa Board is not performing its responsibilities properly, or being allowed to do so.

"According to media and reliable sources, the special meeting of the Dhaka Wasa Board has only mentioned the name of the current MD and asked him to finalise the recommendation for reappointment for another three-year term," the statement reads.

The TIB statement also said there is no mention whether application for the post was called as per the rules, who applied, why they were not considered eligible, or why the current MD is the only suitable candidate, why it is necessary to renew the term to the same person in defiance of the relevant rules.

His current term expires on October 14 this year and he is trying to get appointment for the sixth term.

Earlier on Thursday, a notice signed by Dhaka WASA Secretary Engineer Sharmin Haque Amir said, “The 97th special meeting (online meeting) of Dhaka WASA Board will be held at 5:00pm on September 19. All Board members have been asked to be present at the meeting.”

The special meeting’s topic of discussion will be sending a proposal to Local Government Division for further appointment of Taqsem A Khan as Wasa MD for the next three years, the notice added.

Out of 12 members, some nine members were present in the meeting, sources said.

WASA Board Vice-Chairman Mostafa Jalal Mahiuddin said that board members portrayed their opinions in the meeting.

“Some gave opinion on six-month appointment while some proposed full-term appointment. We will send all the statements of the members to the ministry. The government will take the decision in this regard,” he said.