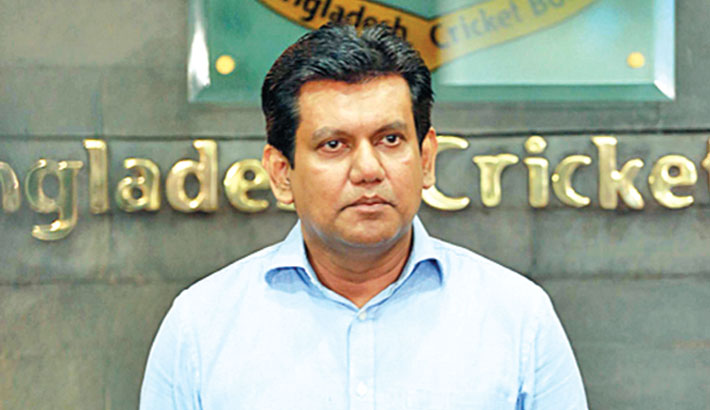 Bangladesh Cricket Board (BCB) said on Saturday that they are preparing to disinfect training facilities for the cricketers but insisted that they are not in a hurry to resume cricket as they want to observe resumption plans of other countries.

BCB will start its activities on a limited scale from today as the government’s declaration of ending the general holidays came into effect from after the two-month long general holiday, which was imposed to curb the spread of coronavirus in the country.

However, BCB is not ready to bring their players immediately unlike some other Test-playing nation as they have started their training camp on a limited scale.

On May 22, the International Cricket Council published a guideline about the resumption of cricket where clear directives were given about how to resume cricket while ICC also prescribed a step by step guideline of the necessary precautions for the cricketers to take before returning to practice.

Some Test-playing countries like England and the West Indies are starting their training camp but when it comes to BCB.

“We need to consider the overall situation. We can't rush into anything. Many countries are starting their activities; we will definitely do the same. However, we can't give an exact date right now,” BCB CEO Nizamuddin Chowdhury told daily sun on Saturday.

“We have been working to disinfect the things we need for training after the Eid and it is in the process after it is completed we can say that we are ready to start cricket training again,” he said.

“It is right that some other countries have started their training activities following the ICC guidelines and we will do the same as we are not out of the guideline. We'll just see what their plan before making plans to resume cricket,” he said.

Nizamuddin added that they will seek the approval of the players as well before calling them to join practice while added they need to make sure everyone is clear of the virus who are contacting them through having a coronavirus check.

“Firstly we need to make sure they are not contacted by any person with corona symptoms and secondly we have to take their (cricketers) opinion because we are not sure whether everyone is prepared to come and join considering the overall situation of the country,” he concluded.