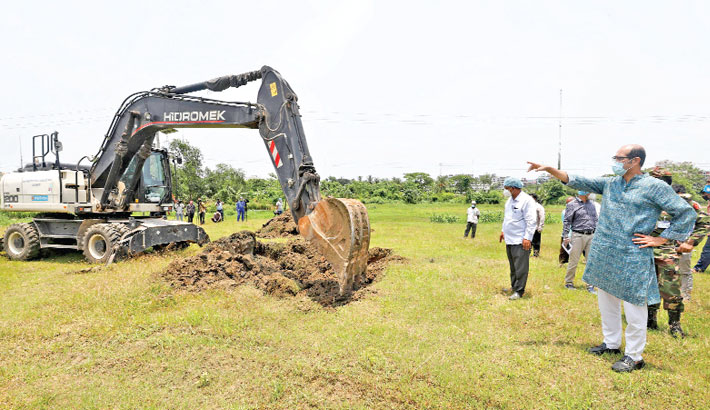 He made the comment after inaugurating the re-excavation of AD-8 canal beside Le Méridien Hotel in Ashkona area on Saturday.

“City roads and different areas are submerged even after a light rain. But common people are blaming City Corporation for the issue,” he said.

The mayor said the AD-8 canal belongs to Civil Aviation Authority of Bangladesh (CAAB) which did not take any steps either to re-excavate it.

Pointing to WASA and CAAB, he said, “Either you take responsibility to re-excavate the canals or transfer the fund to city corporation for the job.  But the present situation should not be prolonged.”

DNCC has faced trouble undertaking the digging activity which involves a huge sum of money, said the mayor.

Atiqul underscored the need for reclaiming the canal and freeing the deltaic land from the possession of grabbers.

DNCC officials are of the opinion that the canal will help residents of Kosaibari, Ashkona, Kawla and Bonrupa get rid of the scourge of water-logging once the re-excavation work is over.