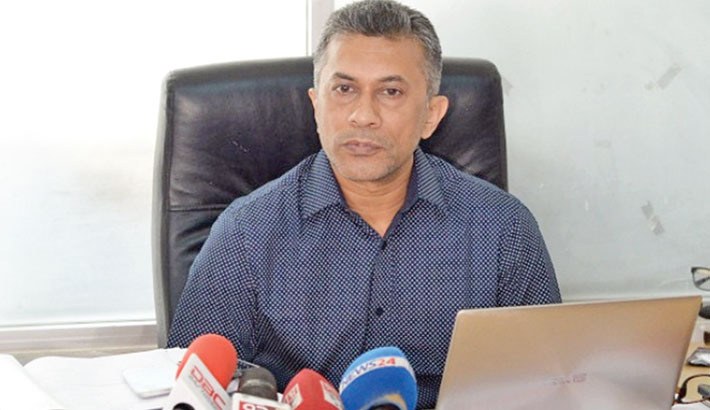 Bangladesh Cricket Board (BCB) officials said on Wednesday that they are drawing out a rehabilitation programme which is aptly named ‘COVID-19 Exit Strategy’ for the cricketers to help them regain fitness at the earliest for competitive cricket once the global coronavirus pandemic wanes.

According to BCB Chief Physician Debashish Chowdhury, the proposed guideline will be a path away for cricketers now sitting idle at home during the current lockdown situation to regain their fitness to take the load of competitive cricket.

On April 2, BCB designed a guideline for cricketers to help them maintain the basic fitness and conditioning as well as having mental well-being in an effort to keep cricketers fit during the stay at home order announced to curb the spread of COVID-19 as all cricketing activities remain suspended in the country including domestic tournaments and preparation camps.

“BCB is mindful of the challenges the cricketers will face when they return to the field and a guideline has been prepared for them. The exercise instructions from BCB Head of Physical Performance Nick Lee are easy to follow at home even if someone does not have access to fitness equipment or a gym,” BCB was quoted while providing the guideline adding that the national team players have been given a specialised programme while a general guideline and day by day workout plan is available to all cricketers through the Board’s official digital platforms.

“BCB also acknowledges the need for mental support during these difficult times and accordingly BCB medical team has developed a mental health document for the players which is also accessible on the BCB’s official website and Facebook page as a sudden return to cricket after a prolonged layoff raises risks of injury and that is why the board expects the players to make the best use of this initiative,” it added.

However, according to BCB Chief Physician Debashish Chowdhury the guideline provided by BCB will not be enough considering everything is quite uncertain at the moment and a new plan is laid out by BCB’s Sports Science And Sports Medicine Working Group comprised of Debashish, Head Of Physical Performance Nicholas Trevor Lee, Conditioning Coach Julian Calefato, Under-19 cricket Team’s Strength and Conditioning Coach Richard Stoiner and others.

“All the cricketers are staying at home now. Though we have prepared a guideline for them, but as the lockdown extends, they will not be fit for competitive cricket after these idle days. So, we have devised a two-and-a-half-month-long plan where we will be working with all the nationally contracted players, contracted first-class players and age level cricketers. One hundred twenty cricketers will participate in this programme,” said Debashish Chowdhury on Wednesday.

“In the first month we will be doing reconditioning. As they were out of action for a long time, initially we have to bring them back to the desired fitness level. After one month, we will begin high intensity training which will run for another one and half months,” he said hoping that by following the proposed model, the players will be fit and ready before the start of National Cricket League in September.

“As we have already introduced fitness tests and certain standard for taking part in National Cricket League, we must provide the scope to the cricketers to achieve the fitness goal. From September 1, NCL is supposed to start. If the situation permits, we can make them ready for the first-class tournament,” he said.

Debashish said that the duration of the fitness model will be curbed down to one and a half months if Bangabandhu Dhaka Premier Division Cricket League (DPL) resumes which is currently postponed, the National team will train at Sher-e-Bangla National Cricket Stadium while the divisional teams will train in their regional facilities, preparing them for National Cricket League, scheduled to begin from September.

The module will be proposed to various bodies of BCB namely, Cricket Operations, Game Development and finally to BCB President Nazmul Hasan for approval and Debashish believes that if they get the green signal from the top and the situation permits, they can start implementing their two-part plan from May 1.