Chattogram take on Barishal in final 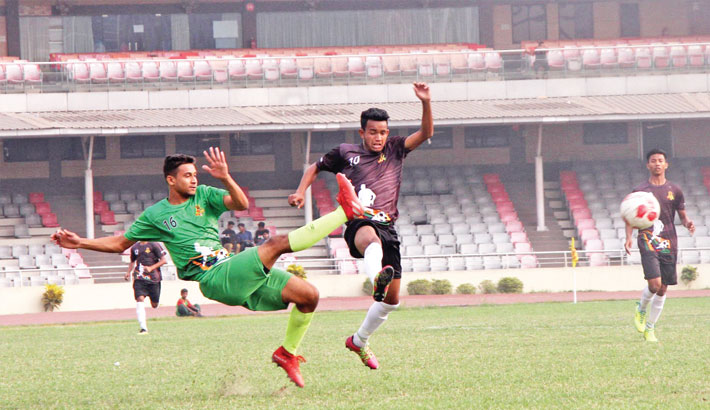 Dhaka will face Khulna in the final match of Bangamata Sheikh Fazilatunnesa Mujib National Under-17 Gold Cup on the same day at the same venue.

Earlier on Thursday, Chattogram beat Mymensingh by 4-3 goals in tie-breaker in the first semis of Bangabandhu Gold Cup while Barishal beat Khulna by 2-0 goals in the second semis.

In Bangamata Gold Cup, Khulna outplayed Chattogram by 4-1 goals in the first semifinal while Dhaka edge past Rangpur by 1-0 goal in second semifinal.

The preliminary round of Bangabandhu, Bangamata Football started from September last year across the country. In the boys’ section, some 98,730 booters from 4,828 teams competed to qualify for the district phase competition. Later, some 581 teams competed in the district phase, from where 68 champions moved into the divisional phase before eight teams advanced into the final phase.

In the girls’ section, some 11,826 booters took part from 581 teams in the district phase; later, 68 teams in the division phase before eight teams reached into the final phase.