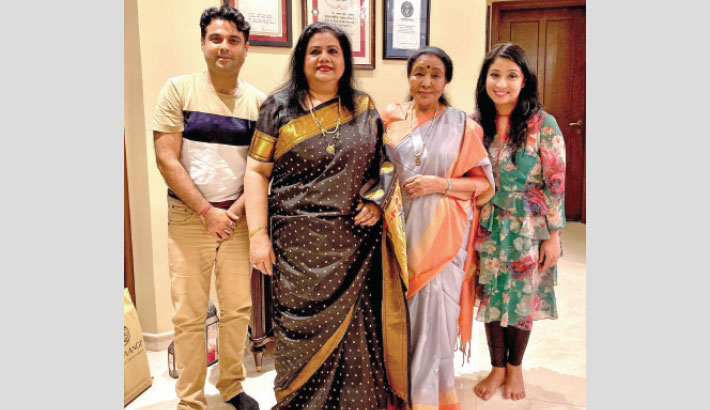 United Kingdom-based Asian singer and songwriter, Raja Kasheff and Bangladeshi-born British singer Rubayyat Jahan have three things in common. They both love music tremendously. They love each other a lot. And they are absolutely in love with the language Bangla. Though they travel the world and can speak multiple languages, their heart is at home when they sing Bangla songs. It’s cherry on top when the duo sing together in Bangla since both of them are evidently true soulmates in terms of voice range and musical harmony.

Raja has been connected with the realms of music from an early age. He was always more into classical and spiritual aspects as the power and energy of voice appealed to him. Soon, he received lessons from various teachers. Eventually, Raja also became a composer and music director. He has worked with various renowned artists from all around the world namely Runa Laila, Rahat Fateh Ali Khan, Alka Yagnik, Asha Bhosle, Anuradha Paudwal, Adnan Sami, Shankar Mahadevan, etc. Illustrious actor, the late Dev Anand gave him a breakthrough as a music director and singer in his film Chargesheet for the song Mera Ishq Bhi Tu. Lyricist Gopaldas Neeraj has written the song and Shankar Mahadevan has sung the song with Kaasheff. 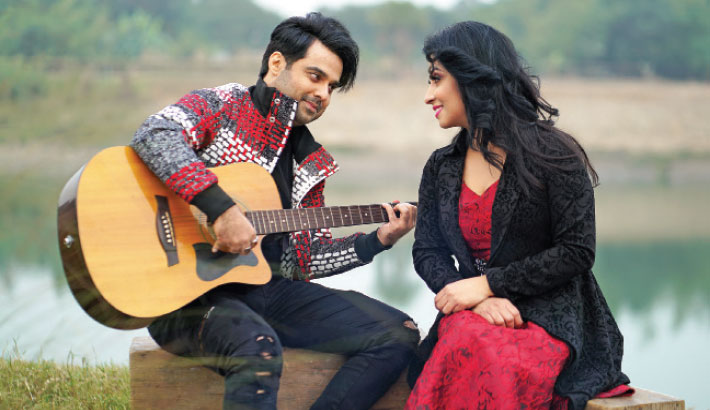 In December 2019, legend Runa Laila released a stellar collaboration project with four more legends Asha Bhosle, Adnan Sami, Hariharan and Rahat Fateh Ali Khan singing her composition.  Raja Kaasheff has arranged the music for the album that was titled “Runa Laila featuring Legends forever”. All the songs were in Bengali. Raja, who has learnt great Bangla over the years, says he absolutely loves the language. “I am very proud to share my Bangla work with friends and musicians all over the world,” said Raja. His inspiration to learn Bangla to a great extent has been his wife Rubayyat Jahan.

Rubayyat Jahan started her musical journey when she was eight years old. She has sung and performed at Asian festivals in UK and has featured on British Asian television channels and other media. In 2010, Jahan reached the final round of Brit Asia TV's Asian Superstars.  Raja and Rubayyat also met each other because of music. “I was looking for a composer when I found Raja.” The pair met at a music festival in February 2013. They have collaborated on songs such as ‘Meri Pardesi Babu’, ‘Srabone’, ‘Koh Jaon’ and ‘Sathe Robe Tumi’. You can call this ‘love at first rhythm.’

For 2020, Rubayyat and Raja has a lot of things coming up.  They will be releasing their song ‘Onubhobe’ soon. For Pahela Baishakh, they are releasing ‘Baishakhi Mele Te’, so keep an eye on their Youtube channel for that. You will also find brand new songs ‘Tu Hi Meri Har Sada’ and ‘Duiti Chokhe’ as well as other releases soon there. On the occasion of the 100th birthday of Bangabandhu Sheikh Mujibur Rahman,  Raja and Rubayyat will be going to attend an event at the House of Lords.