Amitabh, Sonakshi top the most Tweeted handles list of 2019 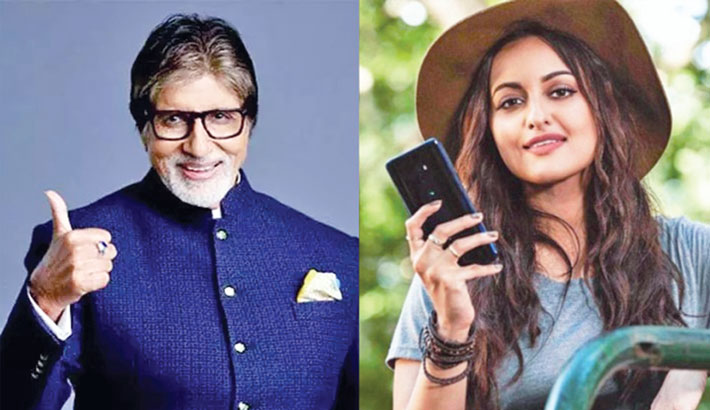 As the year comes to an end, Twitter India decided to look back at how the microblogging site had fared in the entertainment industry. They released a list of Indian celebrities who topped the list of most tweeted and retweeted accounts of the industry, reports news18.

In the male sector, Amitabh Bachchan emerged as the first followed by Akshay Kumar, Salman Khan, and Shah Rukh Khan. This does not come as a surprise since Bachchan is known for being very active on Twitter regarding his day to day activities, thoughts and opinions. Other notable names in the list included AR Rahman, Ranveer Singh, and Ajay Devgn.

In the female arena, Sonakshi Sinha is at the top followed by Anushka Sharma, and Lata Mangeshkar. Other names in the list included Priyanka Chopra, Alia Bhatt, Sunny Leone, Madhuri Dixit, and Rakul Preet Singh.

What adds to Amitabh Bachchan's traffic is the actor's line-up of projects. He is currently busy at work with a number of films. The actor has around seven films lined up and set to release next year. This includes films not only in Hindi but also in other languages like Tamil and Kannada. On top of that, he will also be serving as a playback singer in the Kannada film.

Sonakshi Sinha also has a number of films lined up which includes the much anticipated Dabangg 3 alongside Salman Khan. Sinha also suffered a lot of trolling this year on Twitter due to her failure to answer a question based on Hindu mythology on Bachchan's show KBC. Despite harsh criticism, Sinha responded to the jokes aimed at her stating that while she may lack knowledge on various matters, she is more than happy to serve as subject material for jokes and memes.