‘Corpses move for more than a year after death’ 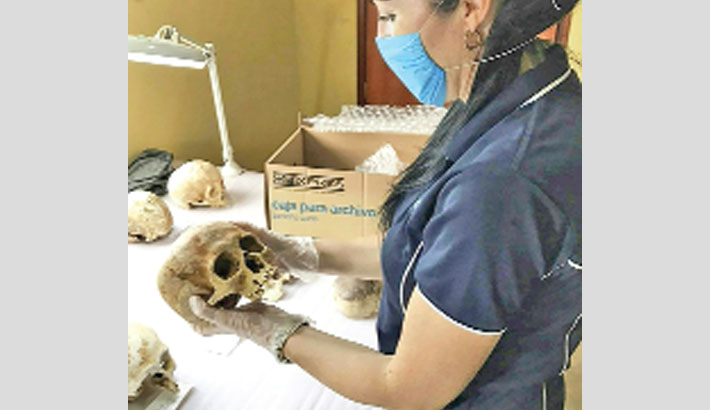 An Australian scientist has proved that human bodies move around significantly for more than a year after death, in findings that could have implications for detectives and pathologists around the world.

After studying and photographing the movements of a corpse over 17-months, Alyson Wilson told AFP on Friday that she found humans don’t exactly rest in peace.

In one case study, arms that began held close to the body ended up flung out to the side.  “We think the movements relate to the process of decomposition, as the body mummifies and the ligaments dry out,” she said.

To carry out her unusual form of people watching, Wilson took the three-hour flight from Cairns to Sydney every month to check on the progress of a cadaver.

Her subject was one of seventy bodies stored at the Southern Hemisphere’s only “body farm”, which sits at a secret bushland location on the outskirts of Australia’s largest city.

Officially known as the Australian Facility for Taphonomic Experimental Research (AFTER), the farm is carrying out pioneering research into post-mortem movement.