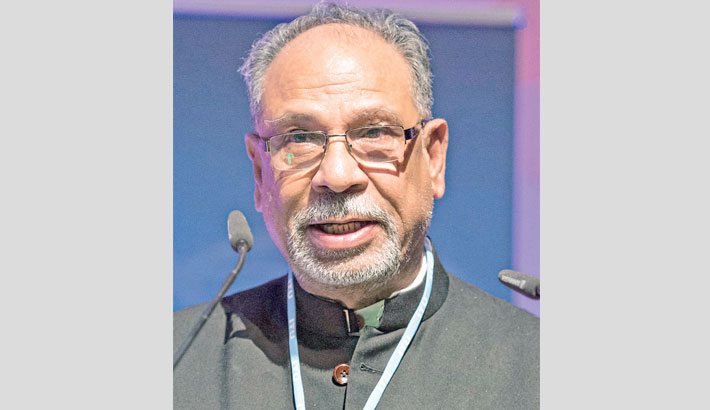 A Bogura court on Thursday sent former jute and textiles minister Abdul Latif Siddique to jail in a graft case filed by the Anti-Corruption Commission (ACC) on charges of misuse of power and damaging government property.

Judge Naresh Chandra Sarkar of Bogura Senior Special Judge’s Court passed the order after the appearance of Latif Siddique before court  seeking bail in the case. But, the court did not grant bail to him. Earlier, the court issued an arrest warrant against the sacked jute and textiles minister.

However, defence lawyer Helalur Rahman claimed that Siddique, also a former lawmaker from Tangail-4 constituency, followed due procedure to sell the government property. On October 17, 2018, ACC assistant director Aminul Islam filed the case with Adamdighi police station in Bogura against Latif Siddique and Jahanara Rashid, wife of late Harunur Rashid, from Kalitala of the district under penal Code and section 5(2) of the Anti-Corruption Commission Act 1947.

On May 13, 2010, Jahanara Rashid leased a piece of land in Adamdighi upazila, owned by Bangladesh Jute Mills Corporation for three years at Tk 1.2 lakh per year.

In spite of getting repeated order from the ministry of jute and textiles to pay rent for the land, Jahanara Rashid applied to the ministry to purchase the land on November 13, 2011.

Later, the former minister, without floating any formal tender, sold the land to Jahanara at Tk 23.94 lakh though the market price of the land was Tk 64.63 lakh, resulting in a loss of Tk 40.69 lakh. On February 18, ACC assistant director Md Aminul Islam submitted a charge sheet against the accused in the corruption case.