Why Worry about Future Generations? 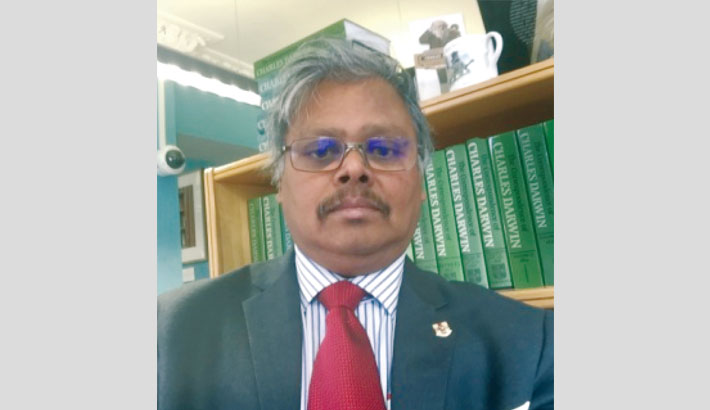 In his book, Reimaging Britain: Foundations for Hope, Justin Welby pointed out that climate change is an existential danger to the planet and its human occupants. It is, as Welby puts it ‘pre-eminent importance to incorporate it into the application of our values.’ However, Welby realised that small minorities disagree because they think that climate change is ‘not serious’ or not caused by human activity.’ We may recall what Pope Francis wrote in his encyclical ‘Laudato Si’ which in fact influenced the outcome of 2015 Paris Climate Summit. The Pope wrote, ‘Authentic human development has a moral character. It presumes full respect for the human person, but it must also be concerned for the world around us and takes into account the nature of each being and of its mutual connection in an ordered system.’

This argument does not go far, when we ask ourselves-why we worry about future generations? Scheffler, a New York University Professor of Philosophy raised similar question- ‘why should we care what happens to people who won’t be born until after all of us are long gone?’ He also wrote, ‘should the prospect of human extinction by the end of this century or the next one trouble us and if so why?’

In case of both groups mentioned above, Scheffler argues that there is a deep interconnection between our interest in ourselves and our concern for what happens to our successors, which emerges from our love for the successors. So, this notion instigates us to worry about the future.  As an example, we can think of a scenario depicted in a novel titled The Children of Men written by P.D. James.  The story line is that- human race as a whole become infertile for unknown reasons and no birth has occurred over twenty five years. As a result, the extinction of human race becomes imminent. The prospect of imminent extinction makes the current generation depressed. Jonathan Schell, in his book The Fate of the Earth anticipated a similar scenario, when he wrote, ‘suppose that a substance was released into the environment which had the effect of sterilising all the people in the world but otherwise leaving them unharmed. Then, as the existing population died off, the world would empty of people, until no one was left.’ We may compare this scenario with the release of carbon dioxide in the atmosphere. This may create certain condition for the whole generation. So, as Scheffler puts it, our reasons for love are rooted in our direct concern for the survival of humanity and our reasons of interest derive from our fundamental interest in leading  lives of value. This value is influenced, either by our imminent disappearance or our love for the future generation. On the other hand Justin Welby argues that on climate change the unborn of the future have as much claim on our attention as those living now. Welby focused on the intermediate organisations between the state and the individual such as schools, universities, hospitals and family. He wants every organisation to re-imagine the kind of society it wants and reorder its priorities in that way, where climate change issue will play a vital part of decision making.

Welby’s argument is based on certain moral values. But when we discuss about climate change, we have clearly an opponent who does not believe in climate change and another group who advocate that climate change is real and part of it is manmade. Oscar Wilde reminds us that, ‘A man who moralises is usually a hypocrite.’ Philosopher Grayling defined ‘moraliser’ a person ‘who seeks to impose upon others his view of how they should live and behave.’ So, moralisers want others to conform to their views. However, some of us hate future, because this is not ours. This raises real problem, as Ortega Y Gasset puts it, ‘Hatred is a sentiment that leads to the extinction of values.’ This is the way our moral values erode.

Climate change could have significant geopolitical impacts around the world, contributing to poverty, environmental degradation, and the further weakening of fragile governments. Climate change will contribute to food and water scarcity, will increase the spread of disease, and may spur or exacerbate mass migration.

The report also added that:

While climate change alone does not cause conflict, it may act as an accelerant of instability or conflict, placing a burden to respond on civilian institutions and militaries around the world. In addition extreme weather events may lead to increased demands for defence support to civil authorities for humanitarian assistance or disaster response both within the United States and overseas.

So, it is clear that US defence is worried about climate change. But Kerry Emanuel, in his book what we know about climate change notes that climate research has been a victim of advanced marketing techniques to discredit scientific findings that may lead to consumer and regulatory behaviour unfavourable to certain business interests.

Above all, it is clear that our temporal parochialism leaves no room for future. So our thought process is naturally anchored on present time which relates to our present existence and present benefit and not for our future existence. But, climate change, as an example, is a real threat for the present and the future. Our thought process about the future generations should be based on climate history of the past and our connection with the future.

The writer is an academic, environmentalist, columnist and author who live in UK.