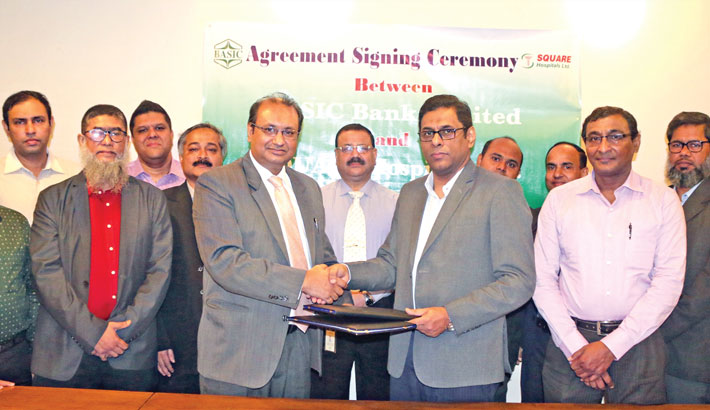 An agreement has been signed between BASIC Bank Limited and Square Hospitals Limited in the capital on Thursday.

Two general managers of BASIC Bank and other senior officials of both organisations were present on the occasion.

Under the agreement, the employees of BASIC Bank will enjoy special discount facility on hospital service charge relating treatment and other treatment related services to be received from SQUARE Hospitals.