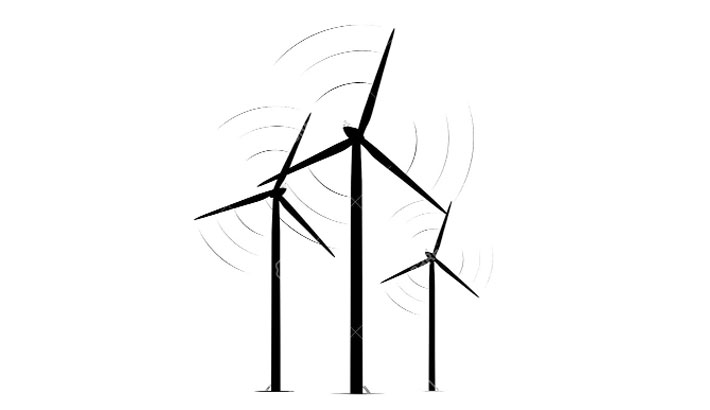 Bangladesh's goal to generate 10 percent of its electricity from renewables by the next year will be a tough one to achieve as many solar power projects are yet to take off, reports UNB.

The government had set a target to generate about 2,000 MW of the total electricity from renewable by 2020. So far, about 300 MW is coming from solar energy and most of them are from solar home system, Power Division officials said. 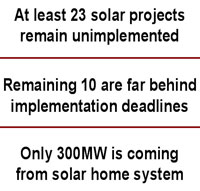 Sources said that 23 solar power projects, with a total generation capacity of 1,442 MW, received "in principle approval" from Prime Minister Sheikh Hasina. They were to be implemented by private sector investors on a priority basis.

But most of them remain unimplemented for failure of their sponsors, official sources at the Power Division said.

A recent review meeting at the Power Division found that power purchase agreement (PPA) and implementation agreement (IA) were signed with private sponsors for only 11 projects. The remaining 12 projects received Letter of Intent from the state-owned Power Development Board (PDB).

"But no PPA or IA was signed with them," said a top Power Division official, adding that they are now at different stages of agreement signing process.

He, however, admitted that PM gave her "in principal approval" few years ago on different occasions.

Officials said the Power Division review meeting, held on May 19 with Power Secretary Dr Ahmad Kaikaus in chair, found implementation of most of the projects to be frustrating.

Of the 11 projects, for which PPA and IA deals were signed, only one project - 20 MW (AC) Solar Park in Cox's Bazar - hasso far been successfully implemented as per schedule. Most of the remaining 10 projects are far behind their implementation deadlines.  The Power Division has moved to terminate contracts with three projects by sending them "Event of Default Notice".

Another project - 200 MW (AC) Solar Park of Sun Edison in Cox's Bazar - was also sent termination notice by issuing the Notice to Intent to Terminate. But sponsor of the project moved the international arbitration court and now the matter is pending in judicial process.

Of the other remaining three projects, according to Power Division report, 8 MW (AC) solar park project in Tetulia of Panchagarh by JV of Paragon Property & Parasol Energy is at the concluding stage. Power evacuation from the project is yet to be settled.