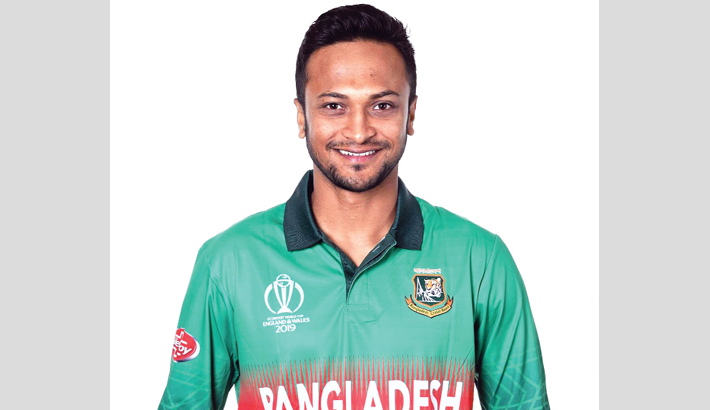 But as he stands on the brink of a spot in the pages of history, Shakib Al Hasan is determined to do just that during the ICC World Cup 2019.

A key figure with bat and ball in Bangladesh’s rise to the upper echelons of the game, Shakib is set to join an exclusive club of greats to have taken 250 wickets and passed 5,000 runs in the one-day format.

Star turns against West Indies and Ireland during the build-up to the tournament leave the 32-year-old - currently top of the ICC rankings for all-rounders - just one wicket away from the significant milestone also shared by South African icon Kallis.

A place in the cricketing annals beckons, with Shakib hoping to seal the deal during Bangladesh’s opener against South Africa next Sunday.

“Getting a record in the World Cup would be a big achievement for me,” he said.

“I am looking forward to it but I am still one wicket away. Hopefully I can get that in the first match. When your name is mentioned alongside some of the greats, obviously you feel proud. It will motivate me to do better,” said Shakib.

Ranked seventh in the world heading into cricket’s showpiece event, Bangladesh can count on Shakib, captain Mashrafe Mortaza and a host of other experienced heads as they seek to make their mark this summer.

That know-how, coupled with the presence of talented rookies such as swing bowler Abu Jayed Rahi, could prove crucial in the pressure cooker of ICC World Cup - particularly with expectations high at home.

“We have got a very good blend of youth and experience,” Shakib added.

“There are five of us who have played almost 200 ODIs, that’s huge experience under our belt, and then there are guys who are young but have played 60 or 70 ODIs.

“That will help us in a tournament like this where there is a lot of pressure. You need that experience to handle it so I think we have what we need to get results,” said Shakib.

“I have got an important role to play, not only batting and bowling but also with leadership. I will do everything I can to help the team, stated Shakib.

“We have had a very good preparation. Confidence is high but World Cup is a different ball game. All the teams are in good shape, and anyone can beat anyone.  We know it will be difficult to keep sides below 300 runs, but I don’t mind if a team scores more than that against us,” hoped Shakib.

“We can score 300 runs too, and we have got the bowling attack to defend whatever we score,” concluded Shakib.