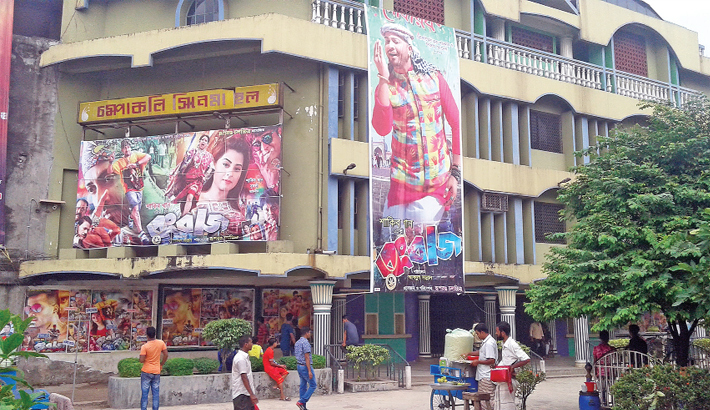 Kamruzzaman Ratan worked in Bangshal’s Manasi Cinema Hall for the last twenty nine years until it was shut down in August 2018. He was a ticket checker in the first ten years of his job and then was promoted to a ticket seller. Now Ratan is jobless. Initially he heard that a shopping mall will be constructed there and the projection of films will be continued in a small hall room. So, he will not have any problem regarding his job. But it didn’t happen so in reality. Recently Manasi Cinema Hall owner has assured that when the cinema hall will reopen following the completion of the construction of the shopping complex, he will get a job. But Ratan is not much hopeful about this promise. Now he doesn’t know what he will do to run his family.

Aminul Islam has been working as a stuntman and fighter (the people who perform in the action scenes) in Dhaka’s film industry since 1999. Once he used to remain very busy as he was preferred by the fight directors due to his athletic performance. But gone are those days. Currently Islam is often seen spending free time in front of different shooting floors of BFDC and waiting for a call from a director. The number of new films has reduced at an alarming rate in the country. And very few of the present-day movies have action scenes where directors need to use stuntmen and fighters. So just like him all other stuntmen and fighters pass lazy hours in search of work. Now Islam doesn’t see any future for him in the film industry.

Certainly gradual decrease in the number of movie theatres and movies are affecting the lives of the professionals, who are involved in these two sectors for years, severely but it is only a partial face of the problem. Apart from the individuals’ crisis this situation is creating grave uncertainty and putting the future of our whole cine industry in jeopardy. And it is happening at a time when the film exhibitors have identified the poor quality of movies as the main reason for the predicament of the film industry while according to the producers, directors and artistes, the run-down condition of the cinema halls and greedy attitude of the cinema hall owners are responsible for such catastrophe. Unfortunately this ongoing blame game is worsening the situation of Dhakai film industry further. 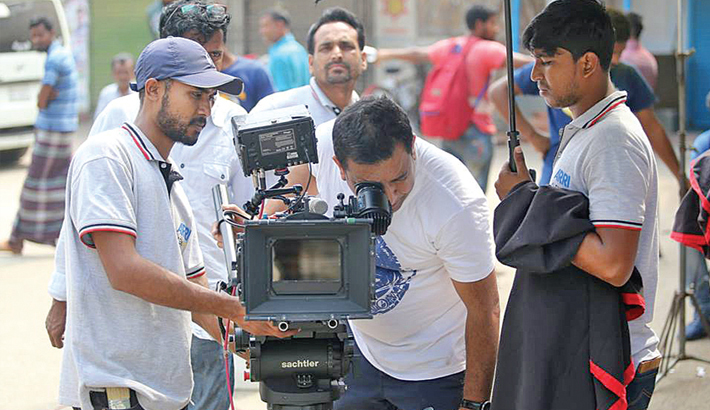 In a press conference held at Dhaka Reporter’s Unity on March 13, leaders of Bangladesh Motion Picture Exhibitor Association stated that in absence of quality local cinemas viewers are not watching movies in the cinema halls and consequently they are counting loss in their business. They called the producers and directors of the country to make more quality films and asked the government to intervene and reform the policies of importing foreign films (particularly to remove the ban on the exhibition of sub-continental films). Stating that their backs have pinned against the wall they gave an ultimatum of one month and informed that if their demands are not met within this time frame, movie theatres across the country will remain closed from April 12. Film exhibitors claimed that despite several meetings with the Information minister and secretary regarding these problems, no effective measures have yet been taken.

There were 1435 cinema halls even at the beginning of nineties. The number got reduced to 300 during the last Eid and within six months it lowered down to 250! And in the second week of this month the number fell down to 174. At least 1261 cinema halls were shut down in the last 18 years. Once around 50 thousand people worked in these halls which have now gone down to 5 thousand only! Curtains of many movie theatres of Dhaka and its adjacent areas have fallen down including Old town’s Gulistan and Naz, Sadarghat’s Rupmohol, Moon and Star, Armanitola’s Shabistan, Elephant Road’s Mollika, Bashabo’s Atithi and Agomon, Islampur’s Lion, Chawk Bazar’s  Taj Mahal, Postogola’s Meghna, Jamuna and Diana, Karwan Bazar’s Purnima, Bongshal’s Manasi, Srinagar’s Jhumur and Narayanganj’s Minoti. 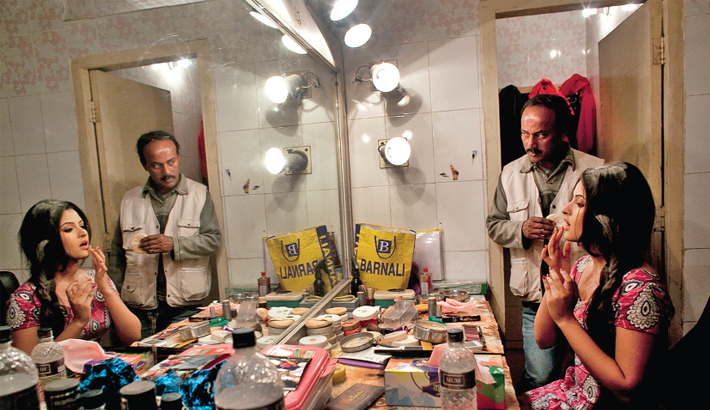 Well, the number of single screen theatre is reducing across the world. Bangladesh is no exception in this regard. Cinema halls in Bangladesh are usually located at the prime locations of a city. Such places always attract all and are suitable for constructing commercial complex or market. There is no problem in constructing commercial complex in place of cinema halls. The government’s only condition in such case is to keep a cinema hall or Cineplex in the new commercial complex. But the cinema hall owners are hardly obeying this direction. And it seems that even the government is reluctant to examine whether the hall owners are following their instructions or not.

Apart from the fall in the number of movie theatres, scarcity of new films is another crucial problem that the cine industry of Bangladesh is facing currently. Gradually reputed producers are leaving the industry as they are failing to get their due return after the investment. Even in 2010, there were more than hundred film producers who produced film on a regular basis but now the number of such producers has declined to only five or six! Thus the number of new films has dropped alarmingly. A total of 56 movies were released in 2017 whereas this number was only 35 in 2018 albeit at least two hundred films were registered with the Bangladesh Film Directors’ Association that year. 38 movies were registered with the association in the first two months of 2018 and shooting of 12 films was started. But only 25 films have been registered in the first two months of 2019, out of which shooting of only 3 films has commenced.

On the other hand, producers are dissatisfied with the unequal and irrational sharing system of ticket price as cinema hall owners take a significant portion of the ticket price as hall management expense, air conditioner charge and municipality tax before sharing 45% of the ticket price with the producer. For example, in Dhaka’s Modhumita Cinema Hall per DC ticket is sold at Tk. 150. But the cinema hall owner cuts Tk. 90 as hall management expense, air conditioner charge and municipality tax first! Then he shares only Tk. 60 with the producer! In that case a producer gets only Tk. 25-30 from a sold ticket and yet he needs to pay the projection machine fare, banner cost, poster cost, commission of booking agent and remuneration of the representatives (who carry the movie from the producer to the cinema hall) – all these from that little amount of money! Thus despite having huge audience turnout and appreciation many movies (like Aynabaji, Dhaka Attack and Debi) are not considered as commercially successful! Producers of such films can only get back their exact amount of invested money and consequently they lose their interest in producing another cinema. 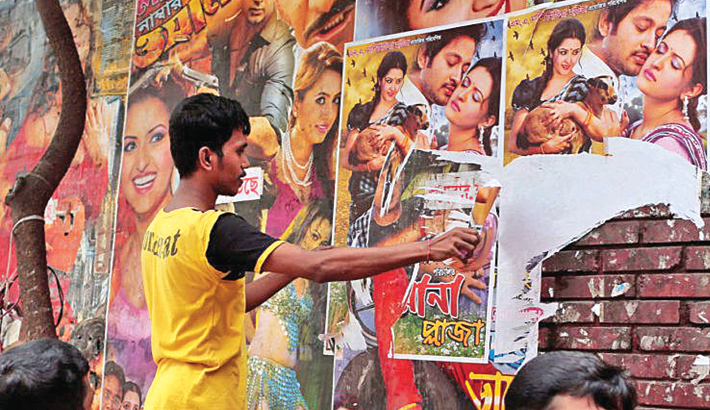 In this age of digitalisation any conservative policy of banning the films of some particular countries will never help our cinema. Our film producers and directors have to come up with quality contents to compete with the international productions. Opening the door of Bangladesh’s movie market to all is just a matter of time. But before taking any such decision the government must instruct the cinema hall owners to introduce digital ticket selling system and devise a fair share system of ticket price so that producers can make money from their investments. Ahead of the National Film Day on April 3, we hope that our policymakers will realise the crisis of our cine industry and patronise this sector to build a progressive Bangladesh.