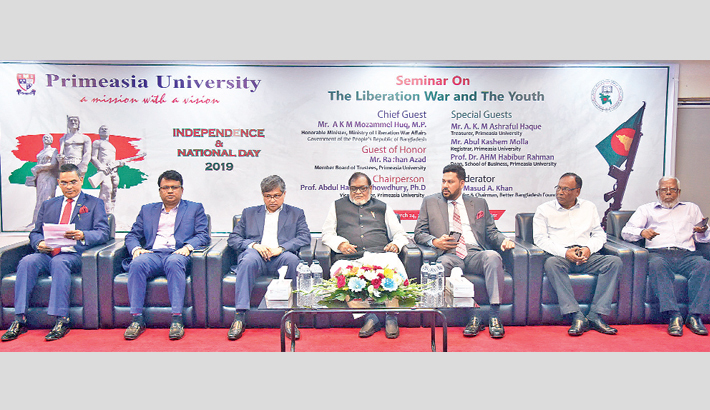 Liberation War Minister AKM Mozammel Huq along with others attend a seminar titled “The Liberation War and the Youth” to mark the Independence and National Day on the university campus in the capital’s Banani on Sunday. – SUN PHOTO

Primeasia University (PU) organised a seminar on “The Liberation War and the Youth” to celebrate the Independence and National Day at the IQAC Conference Hall on the university campus in the capital’s Banani on Sunday.

AKM Mozammel Huq, Minister of Liberation War Affairs, was present at the seminar as the chief guest, says a press release.

AKM Ashraful Haque, Treasurer, Abul Kashem Molla, Registrar and Prof Dr AHM Habibur rahman, Dean, School of Business of the university, were present as the special guests and discussed on the issues of the Independence Day.