SRK, Ajay, Rani, Kajol were the original cast of Kalank 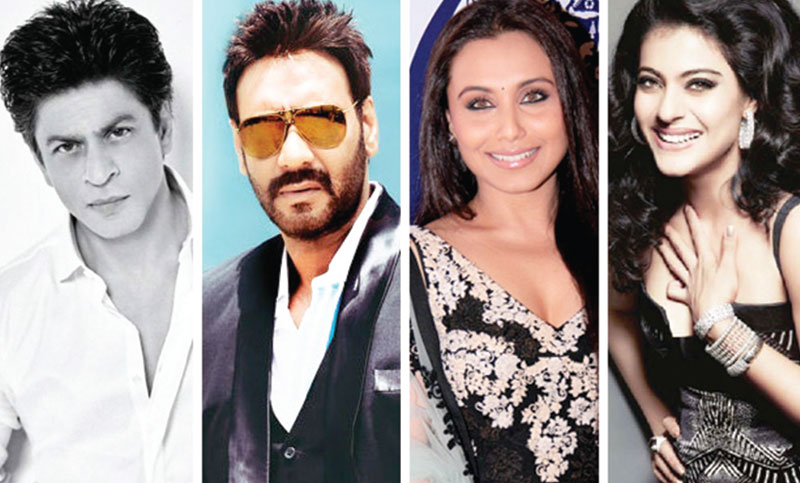 The multi-starrer ambitious period drama Kalank that is slated to hit the theatres in April, was originally supposed to be directed by Karan Johar and feature Shah Rukh Khan, Ajay Devgn, Kajol and Rani Mukerji, reports Hindustan Times.

KJo had revealed in his book An Unsuitable Boy that Kalank was conceptualised 15 years ago.

“When my father was alive, I was writing a love story set in pre-partition times. But the canvas was too large, it was supposed to have Shah Rukh, Ajay, Rani and Kajol. It was about homes, and it had a Hindu-Muslim angle. It was a very strong subject, and would be called Kalank,” Karan wrote in his book.

The Kalank teaser video was launched on Tuesday at a grand event in Mumbai that had the film’s entire cast in attendance. It was an instant hit online and has already garnered more than 14 million views on YouTube.

Speaking at the teaser launch on Tuesday, Karan said, “Kalank is a movie that is close to my heart and my father’s since 2003 and it’s been on my mind since then. It was difficult without him to touch this film and one day I just decided to do it. I must say it’s been possible because of Sajid Nadiadwala and Vijay Singh. It’s been a pleasure and I’m looking at working on more films with him in future.” He also said they were supposed to begin shooting the film in 2004 but his dad, Yash Johar, died even before they could begin the shoot.

Directed by Abhishek Varman, Kalank is a love story set in the 1940s India. The film will be Alia and Varun’s fourth film together after blockbusters like Student of the Year, Humpty Sharma Ki Dulhania and Badrinath Ki Dulhania. The film also brings together Sanjay and Madhuri after two decades. They were a hit onscreen pair in the 90s.