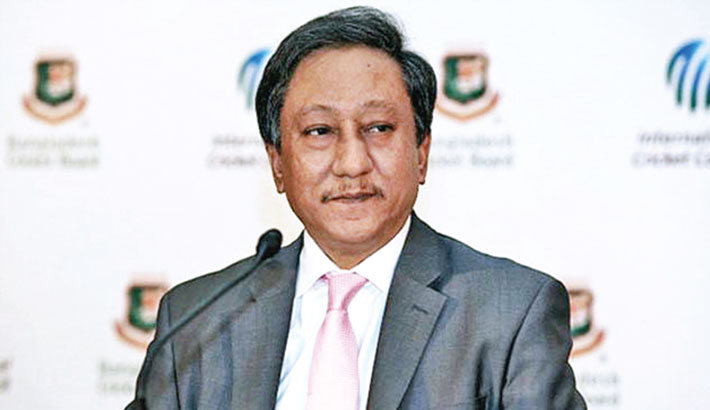 The announcement came after the final of the inaugural edition of the tournament which was launched by BCB among the participant clubs of DPL, country’s prestigious 50-over Dhaka-based club tournament.

Lt Sheikh Jamal Dhanmondi Club defeated Prime Doleshwar Sporting Club by 24 runs in the final at Sher-e-Bangla National Stadium on Monday to clinch the title of the inaugural edition.

“We were always told that without national players we don’t want play 50 overs matches in domestic circuit and the enthusiasm is even lesser in Twenty20 cricket. We wanted to come out of it and we successfully did it,” Nazmul told reporters after the final.

“This will take place along with DPL or even if there is no Premier League this tournament will still go on. We wanted to arrange such a tournament for a long time but now we arranged it and it is quite satisfying,” he said.

According to BCB the entire initiative was taken as part of promoting the shorter version of the game among the local cricketers - their weakest link across formats.

BCB wanted to make this T20 tournament a breeding ground for Bangladesh Premier League, country’s franchise-based T20 tournament as well as create a pipeline for the national team.

In Bangladesh, there is only one Twenty20 tournament - BPL - while some other Test playing nations have several T20 tournaments and, as a result, their growth in the shorter format is awe inspiring.

While BPL is dominated by foreign cricketers and some leading major stars of the national set-up, it has hardly been productive in developing local cricketers as most of them are ignored by the franchises.

As a result, Bangladesh failed to produce quality T20 players in the last five years despite BPL’s success.

Despite launching the DPL T20 tournament there were always doubts whether it will be able to hold the enthusiasm among the twelve clubs as they were often reluctant to play DPL without the national players.

It was often observed that Cricket Committee of Dhaka Metropolis are forced to change the date of the DPL as per demand of the clubs who cite availability of national cricketers as their biggest reason behind asking to postpone the schedule.

While the trend seemed to have changed during the last one of two editions of DPL as the club officials became more understanding regarding the availability of national cricketers in DPL, according to BCB President Nazmul Hasan the success of the newly introduced DPL T20 that too without overseas cricketers and national players only goes on to show the feasibility of the tournament.

“The best part is that it was quite competitive even without national players or overseas cricketers and people are following it,” said Nazmul.

“Sixty one cricketers had their debut in Twenty20 cricket courtesy of the tournament. We believe it to be a great achievement. Among debutants some are quite talented. We feel someday they might even play in the national team,” he concluded.