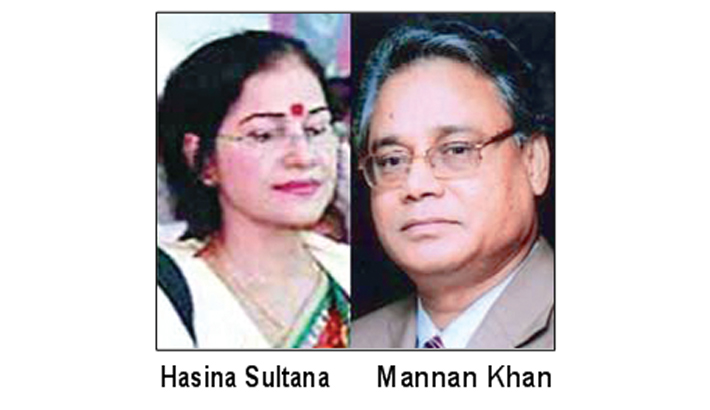 Trials of two separate graft cases filed against former state minister Mannan Khan and his wife are yet to start, though over three and half years have elapsed after submission of charge sheets against the couple.

On August 21, 2014, the Anti-Corruption Commission (ACC) filed a case against former State Minister for Housing and Public Works Abdul Mannan Khan with Ramna Police Station on charge of amassing wealth illegally. The accused is also a presidium member of the ruling Awami League.

The anti-graft body also filed a case against Mannan’s wife Syada Hasina Sultana with the same police station on October 21, 2014, on charges of earning about Tk 5.5 crore illegally.

But the cases are still pending with Dhaka Special Judge Court-3 for hearing on framing of charges as the accused file time petitions on every scheduled date showing various excuses, court sources said.

So far, the court had fixed a total of 25 dates for hearing on charge framing against Mannan Khan while 29 dates for his wife Hasina Sultana during the last three and half years. But the hearings are yet start.

Usually, it takes one or two dates for completing hearing on charge framing to start trial, but unusual delay has been made in these cases, a legal expert said.

The last date for hearing on charge framing against the couple was December 4, but the Dhaka Special Judge Court-3 again deferred the hearing and February 16 has been fixed as new date for hearing after accepting of time petition of the accused.

The couple took time in the last several dates showing causes of their illness, but they could not submit any medical certificate before the court in this regard, sources said.

However, refusing negligence of prosecution lawyers, ACC lawyer Meer Ahmed Ali Salam said the formal trial through framing charges against the accused was delayed due to change of judges, time petitions of the accused and huge number cases pending with the court.

“The present government has adopted zero tolerance policy against corruption and therefore we also want quick disposal of the graft cases,” the lawyer also said.

‘There is no illogical delay in the cases. Start of the trial was delayed for logical causes and for the sake of ensuring justice,” said defence counsel Advocate Abul Kalam.

As per case documents, ACC submitted a charge sheet to Dhaka CMM court against Mannan Khan on August 11, 2015 while the case was shifted to the trial court for starting trial on September 3, the same year. The court took the charges against Mannan into cognizance on November 22, 2015 and fixed date to start hearing on charge framing.

Besides, the court took charges against Hasina Sultana into cognizance on July 12, 2015 and set date to start hearing on charge framing against the accused.