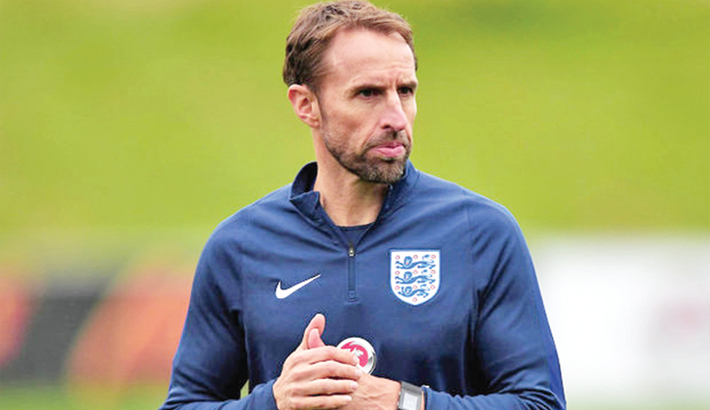 England have enjoyed a fantastic campaign and, following Saturday’s 2-0 defeat of Sweden, only Croatia stand between Southgate’s men and Sunday’s final in Moscow, reports Skysports.

Sir Alf Ramsey’s team of 1966 are England’s only previous World Cup winners and, while that squad continued to be feted, the current manager thinks winning the tournament might get even more of a reaction.

“(It was) at the beginning of working together with the lads and trying to sell them the vision of what’s possible, what we’re looking to achieve in the long-term.

“We have had events on in camp when some of those guys have been in, when the road was named at St George’s (Park) after Sir Alf.

“I’ve met quite a few of those players and we know exactly how they’re held and perhaps, in the modern era, that would be even crazier.

“Social media and everything else, the global thing is so much bigger.”

Southgate and his staff will assess their squad ahead of Wednesday as the games start to mount up.

“Of course you get an accumulation of fatigue through a tournament,” said the manager.

“So we’ll just have to assess people as we go. Hendo (Jordan Henderson) was another one who was feeling tightness in his hamstring, which was why we made the change (taking him off in the closing stages).

“We’ll just have to assess the bodies.”

The Football Association confirmed on Sunday evening that England would be wearing an all-white kit in Wednesday’s match.

Croatia are technically the ‘home’ team but their red and white checked home strip clashes with both of the England kits. They will wear the dark blue and back shirts which they have sported for four of their five World Cup matches so far.