Prime Minister Sheikh Hasina officially inaugurated the expansion work on the Cox's Bazar Airport runway virtually on Sunday as part of a project to make it an international standard one.

The premier inaugurated the construction work on the maritime runway, the first of its kind in Bangladesh, virtually from her official residence Ganabhaban.

The government has taken the initiative to upgrade the airport through extending its runway by reclaiming land from the sea so that international flights operated by wide body aircraft can land at the airport.

A video documentary on Father of the Nation Bangabandhu Sheikh Mujibur Rahman was screened during the function.

The objective of the project involving $185 million is to attract tourists in the sea beach town of Cox's Bazar.

The eye-catching runway expansion project aims to turn Cox’s Bazar Airport into an international one with an airline hub where people from home and abroad can visit as the most modern tourist destination.

The government is implementing a large number projects in Cox's Bazar under a mega plan to develop the district like Singapore or Hong Kong.

The plan aims at a massive change to the landscape of the district to make it a hub for tourism, trade and connectivity.

CAAB officials said the runway will be the longest in Bangladesh after the completion of the project in May 10, 2024 with an estimated cost of Tk 1,568.86 crore. It will be implemented with the government's own fund.

On its completion, the new 10,700-foot runway will allow much larger and wide-bodied aircrafts like Boeing 777-300ER, Boeing 747-400 to use the airport, paving the way for smooth operation of international flights.

After an intense bidding process, the CAAB inked the deal on February 9 with a Chinese joint venture of Changjiang Yichang Waterway Engineering Bureau (CYWEB) and China Civil Engineering Construction Corporation (CCECC) on the expansion of Cox's Bazar Airport runway.

This is the first maritime runway expansion project in Bangladesh. Under the agreement, the contractor will extend the existing 9,000ft runway by 1,700ft towards Maheshkhali Channel through the coastal land reclamation, which will allow all giant aircrafts to take off and land on the coastal runway, and enable Cox’s Bazar Airport to act as a veritable international airport.

The Cabinet Committee on Purchase at a meeting on December 30, 2020, approved the proposal of the Civil Aviation and Tourism Ministry to appoint the joint venture of CYWEB and CCECC for the expansion work. 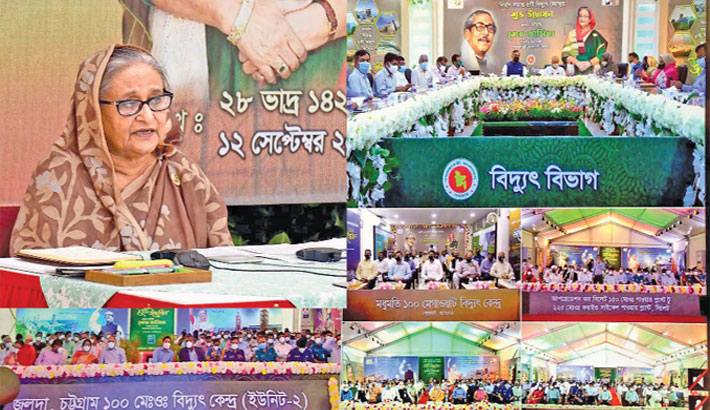