China is the latest victim of Pakistan’s Islamist problem 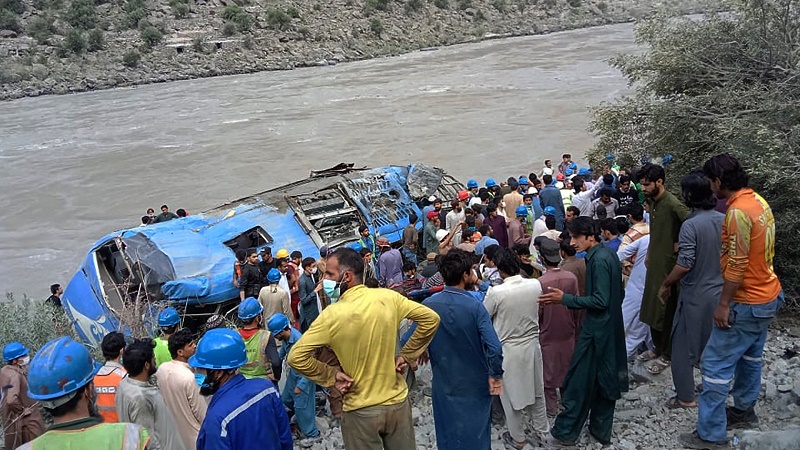 Nine Chinese engineers were killed in an explosion near Pakistan’s Dasu hydroelectric dam last Wednesday. The government initially said that their bus suffered a ‘mechanical failure’ after it plunged into a ravine, but officials eventually admitted that the incident was a terror attack after Beijing decided to send its own investigators.

China has now postponed work on the $65 billion (£47 billion) China Pakistan Economic Corridor, a network of roads and infrastructure projects. The programme represents Beijing’s largest overseas investment and is a critical part of its Belt and Road Initiative. While no one has claimed responsibility for Wednesday’s attack, the blast was orchestrated at a time when multiple militant groups are targeting China’s presence in the country.

Since the 2015 inauguration of the project, which links the Pakistani region of Balochistan with Xinjiang, Baloch separatists have targeted Chinese projects in the province. The region was designated an independent khanate in the months before partition but ended up being consumed by the new Muslim state. As a result, it has seen decades of military operations to oversee the extraction of its rich resources, leading separatists to declare it an ‘occupied territory’. Meanwhile, the locals tout China as the latest colonising power, with militias like the Balochistan Liberation Army launching multiple terror attacks aimed at Chinese industry.

But the most high-profile attacks have come not from Baloch separatists but the Pakistani Taleban. In April, the group launched a car bomb at the province’s most luxurious hotel where the Chinese ambassador was staying.

Extremists have been able to capitalise on anti-China sentiment, further exacerbated by the persecution of Uighur Muslims. Islamabad has not helped the situation: Uighur refugees living in Pakistan have reportedly been abducted and handed over to the Chinese authorities. Balochs see a cruel irony in the Corridor, linking together two persecuted minorities. And so, even as the Afghan Taleban ban Uighur militants from joining their ranks in a bid to woo China, their counterparts in Pakistan are gradually transforming their anti-West rhetoric into a Sinocentric narrative.

Pakistan is now working under complete Chinese influence — subordination, even — having given Beijing excessive control in the form of the Economic Corridor. From globally propagating China’s narrative of Uighur abuse to accepting trade terms dictated by Beijing, Islamabad’s subservience is unflinching.

China today is heavily invested in a military-dominated autocratic Pakistan, from exploiting local resources, to enforcing heavily skewed economic deals, to mapping a totalitarian digital future, to strengthening the army’s influence over infrastructure projects and in turn the state. However, if there’s one front where Pakistan is not following Chinese instructions is its failure to completely eradicating jihadist groups in the country.

Beijing was already irritated by persistent delays to the project, last week’s attack has reaffirmed their frustration at Islamabad. This was aptly expressed by the editor of Chinese state media outfit Global Times, who tweeted that ‘China’s missiles and special forces can be put into action’ against perpetrators of the terror attack on Chinese workers ‘if Pakistan’s capability is not enough’.

The problem for Islamabad is that the country’s foreign policy is geared towards promoting the Taleban in neighbouring Afghanistan. Pakistan is continuing a decades-old plan for South Asia, Kashmir and Kabul in particular, with the military establishment believing that an Islamised region would align with Pakistan’s interests over Hindu India. The ongoing negotiations between the diplomatically malleable Afghan Taleban and the Hindutva regime in India, however, is putting spanner into those works for Pakistan.

The Islamist spill over into its own regions has risks, particularly when the Chinese are involved, but it also has its benefits too. The Pakistan army uses jihadist groups to target ethnic nationalist groups and to keep tabs on the civilian leadership. The gory assumption that jihadists can be tamed to hunt specific prey has killed over 80,000 Pakistanis.

Now, Pakistan faces the task of convincing Beijing that it can protect Chinese infrastructure and citizens from these groups, even as it is unable to protect its own. That requires abandoning its decades-old commitment to South Asian jihad, albeit to conform to a new brand of grotesque totalitarianism.

Kunwar Khuldune Shahid is a Pakistan-based correspondent for The Diplomat