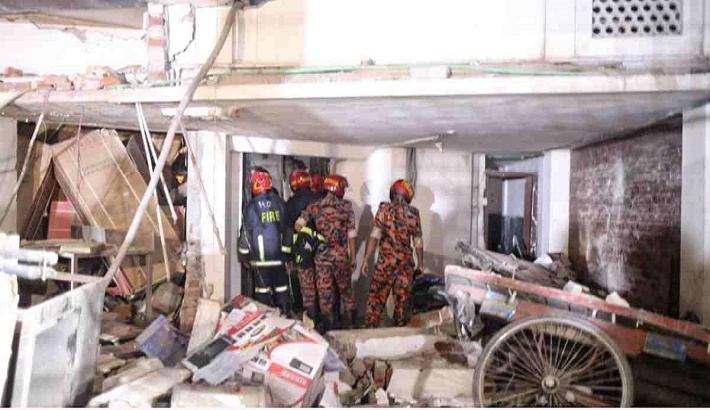 The death toll from Sunday's Moghbazar building blast rose to 11 as another man succumbed to his burn injuries at Dhaka Medical College and Hospital (DMCH) on Thursday noon.

The deceased was identified as Md Russell, 21, son of Jasim Uddin, an employee of Bengal Meat, hailing from Thakurgaon district.

Russell sustained 90 percent burns in the explosion on June 27 and since then he had been undergoing treatment in the intensive care unit of Sheikh Hasina National Institute of Burn and Plastic Surgery of the DMCH.

His body has been kept at the hospital morgue for autopsy, said Md Bachchu Mia, police inspector at the DMCH police camp.

Earlier in the day, Mohammad Nur Nabi, 30, a van-puller, died while undergoing treatment at the same hospital.

On Sunday evening, seven people were killed and more than 66 others injured after a powerful explosion ripped through a building near Moghbazar Wireless Gate.