Urging people not to get out of homes without any valid reason during the seven-day tough lockdown, DMP Commissioner Md Shafiqul Islam on Wednesday said the violators of its rules will face legal action leading to arrest and imprisonment.

“This time the police will take tough action against the violators. We’ve preparations to arrest 5,000 people or more a day from the capital, if needed. Then we’ll send them to jail and produce before court,” said the DMP Commissioner.

He came up with both the advice and warning while talking to reporters at DMP Media Centre.

Replying to a question, Shafiqul, said, “No motorised vehicle will be allowed to ply roads but rickshaws can move enabling people to deal with emergency causes like buying daily essentials, medicines and taking patients to hospitals. No one will be allowed to use a rickshaw for roaming or visiting relatives’ houses.”

Asked about the media people’s movement, the DMP chief, said the journalists have been asked to cover their assignments after hanging their ID cards and they can move in the city to perform their duties.

“Police won’t obstruct them. They can also use vehicles provided by their respective offices,” he added.

Responding to another query, the DMP commissioner said police patrolling will be increased on main roads as well as in alleys of the city.

No shop will be allowed to open as kitchen markets will be set up in open places for avoiding public gatherings so that people can easily buy everything, he added.

Check-posts will be set up at the entrance and exit points of Dhaka city and other important points, and the monitoring will be strengthened, Shafiqul said.

In some cases, necessary action will be taken under the Traffic Act, and cases will be filed under section 269, the DMP chief said.

About driving private vehicles, the DMP Commissioner said, “No private vehicle will be allowed to ply roads but those which have got approval from the government will be permitted to move.”

Besides, he said, the relatives of returnees from abroad have no need to go to airports. In that case, the returnees have been advised to hire vehicles from airports and go to their respective destinations, Shafiqul added. 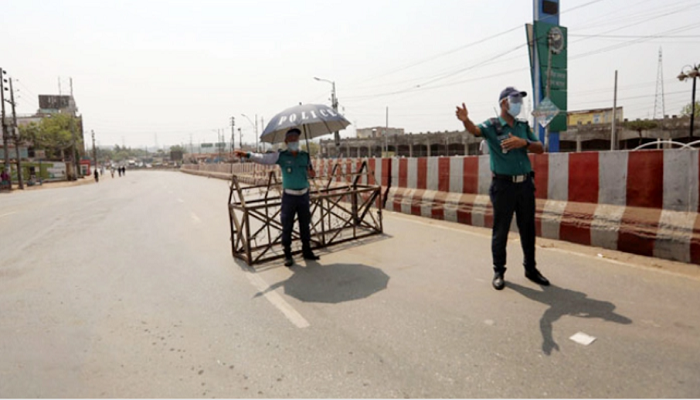